No Honor for Veterans at the Chronicle 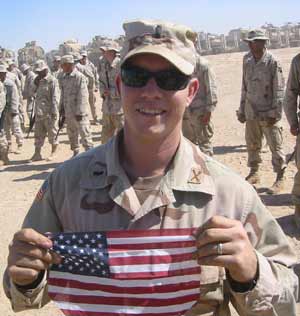 On Veterans' Day, my thoughts turn in deep gratitude to the many Americans who have served in the military now and in the past.

But the San Francisco Chronicle used the occasion to dump on Ken Burns' WWII documentary for not giving special attention to Hispanics. Mind you, Italian-descended vets, Polish and all the others have not complained that their ethnic tribe was not individually honored. These other groups who still have some attachment to their ancestors' home nations nevertheless consider themselves to be Americans first, and understand that any salute to US veterans applies to them.

Of course, the Hispanic complaints have more to do with contemporary politics than historical accuracy. Mexicans are attempting to rewrite history with them in it, so the Reconquista agenda of using immigration as the invasion of America does not seem as radical as it is. (Previous VDARE coverage of this subject: Hispanic Historic Revision: WWII and Hispanic Dishonor of America's WWII Veterans Continues Unabated.)

"If people think Latinos do not have a role in the history of this country, then they can be easily dismissed as deserving of respect or rights," said East Bay resident Armando Rendon, who joined Rivas-Rodriguez and others last spring in starting a "Defend the Honor" campaign to push Burns for Latino inclusion. "In World War II, we as a people responded to the responsibility of being Americans. ... (But) people see us as the eternal immigrant or bracero, rather than being seen as contributors deserving of recognition." ["Veterans Day is a time for forgotten Latinos to be recognized", San Francisco Chronicle 11/11/07]

I'm not the only one who doesn't appreciate the Chronicle treatment of this issue. Here's "guillermo" in the comments section about the article:

How in the world the SF Chronicle in general, and Tyche Hendricks, in particular, can take a national day of respect for American veterans, and turn it into a lecture to the readers about racism in America, turns my stomach beyond description. You people at the Chronicle should hang your heads in shame. It's disgusting. You are not even capable of keeping your agenda in your pocket for the sake of the ALL veterans on a National Holiday established to honor them? Regrettably, that speaks miles about your newspaper.