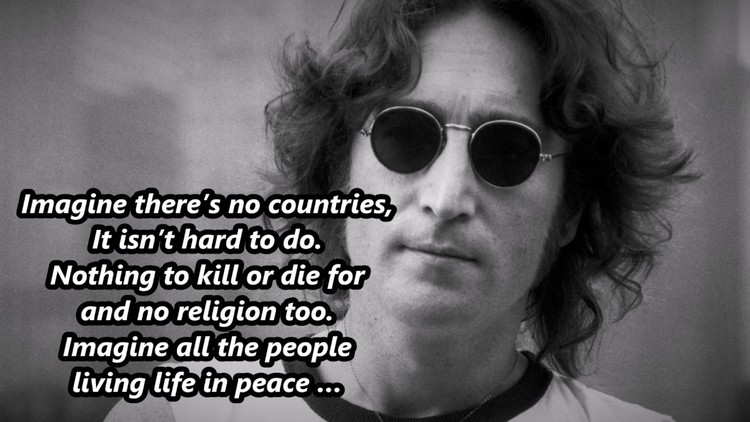 Nigel Farage on John Lennon's IMAGINE: "The Man Might Just As Well Have Said, ‘Why Not Kill Yourselves While You’re At It?'"

This is from UKIP leader Nigel Farage's book Flying Free

In 1971, a whimsical little ditty called ‘Imagine’ appeared. It preached the hateful message of globalisation by imperialistic homogenisation. ‘If we can get everyone to believe the same things and feel no loyalties, wouldn’t life be sweet?’ was its Victorian missionary’s message.

No matter that, if someone had penned a song called ‘Let’s get rid of all species except rabbits’, or ‘Who needs any food but McDonalds or any language but English?’ it would have been quite properly derided, this song was to become an almost universal mission-statement to a war-weary world.

You know the one. It begins quite promisingly. The piano goes ‘gurdle gurdle 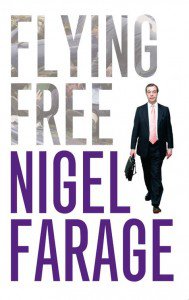 gurdle gurdle dum’. Then the dirge-like singing starts and the sugar-coated imperialism kicks in.

Get rid of all your diverse human ambitions and passions (and so, presumably, art and personal loves and standards). Get rid of all your nations, possessions, faiths and loyalties (and so, presumably, families, languages and diversity in habitat, custom and culture), get rid, in short, of your identities and of everything that makes you human, and everything will suddenly be oh, so simple and lovely.

The man might just as well have said, ‘Why not kill yourselves while you’re at it? That way you can be sure of peace.’

It reminds me of the blandishments of the ‘peaceful’ people possessed by alien seed-pods in the classic Invasion of the Bodysnatchers:

Love, desire, ambition, faith – without them, life’s so simple, believe me.

I don’t want any part of it.

You have no choice.

Many UKIP members see the EU as a SPECTRE-style conspiracy to attain global domination. I seriously believe that, no matter how devious and power-hungry they have become in pursuit of it (just look at the ‘idealism’ of Soviet Communism!), a good 70 per cent of Europhiles are actually motivated by adolescent infection with this ecologically wicked, fuzzy vision.

The gurdledum song does not represent a philosophy. It is about imagining.