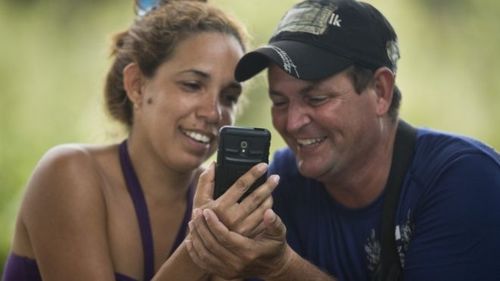 Migrant flash mobs make for some strange politics. Last September, the elected government of Hungary was excoriated as “nationalist,” “dictatorial,” and “anti-European” for trying to enforce E.U. rules to defend the E.U., while the German Chancellor was lionized as “European” for arbitrarily trashing E.U. procedures and inviting a million Muslims into the E.U. on her personal whim. Lately, Nicaragua, ruled by 1980s leftist Sandinista Daniel Ortega, has been defending American borders by not letting a Cuban flash mob through its Central American country on the way to getting one dry foot on American soil.

Finally, however, the Sandinistas have given up defending America’s borders. From the BBC:

Central American nations have reached an agreement to allow several thousand Cuban migrants stranded in Costa Rica for over a month to continue their journey towards the United States. The migrants will be airlifted to El Salvador and put on buses, which will take them to the US.

American legislation gives Cuban migrants preferential treatment. If they arrive at the US border by land they are allowed to enter the country and apply for residency. Those who are intercepted at sea are sent back, under the special immigration policy known as “wet foot, dry foot”.

Many Cuban migrants fear that the thaw in relations between Washington and Havana may put an end to the preferential treatment given to them.