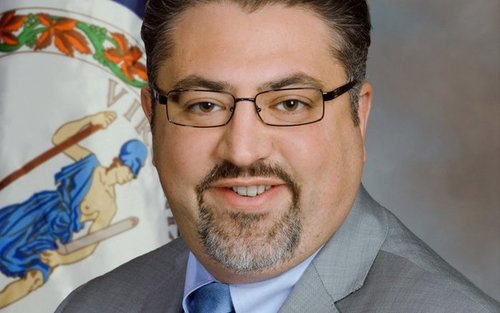 The New York Times is at it again, along with The Daily Beast. Both make claims they do not prove, the latest being that Donald Trump's supporter sent nastygrams and hate mail GOP Del. David Ramadan, a Lebanese non-practicing Muslim.

Ramadan, who represents Virginia's 87th house district, called Trump a "moron" in a Tweet this weekend after Trump questioned party rules for voting in the state's GOP primary.

Our party, our rules; your $$s and your bullying do not work in the Commonwealth. MORON‼️@VA_GOP #RNC @GOP https://t.co/VbtLftfl85 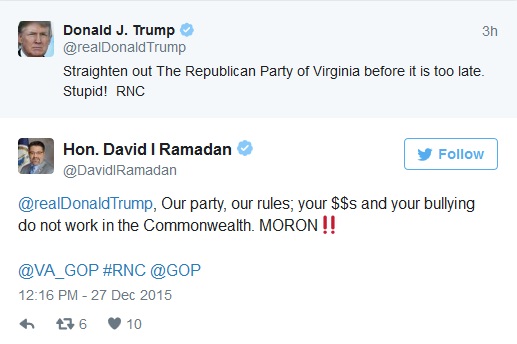 Three days ago, David Ramadan was just another low-profile state lawmaker — one of more than 7,000 humble state legislators.

That was until he stood up to Donald Trump and became the latest politician/citizen/human to draw the fact-free rage of the mob of angry Trump supporters.

Since then, Mr. Ramadan has received more than 5,000 hateful messages on Twitter and a flood of threatening emails. His voice mail has been filled with complaints that he is disenfranchising supporters of Mr. Trump. Mr. Ramadan, who was born in Lebanon to a Muslim family but does not practice Islam, has been accused of being a member of Hamas, Hezbollah and the Islamic State by supporters of Mr. Trump.

The scribes did not explain how they know "Trump fans" are behind the "torrent of hectoring and death threats." Yet they are probably right.

Why not talk to a few of them, rather than quote Tweets, to prove it? And when, oh, when, are we ever going to read about death threats and harassment from "Obama fans"?