New York Times & The Swift Raids: "All The Sobs That Are Fit To Print"

"Worksite raids are not an effective form of immigration reform," said Jill Cashen, a spokeswoman for the union. "They terrorize workers and destroy families."[U.S. Raids 6 Meat Plants in ID Case, By Julia Preston, December 13, 2006]

But don't worry, folks. I'm sure that the Times, in the interest of balance and fairness, soon plans to follow up with stories and photos of those whose lives have been ruined by identity theft. 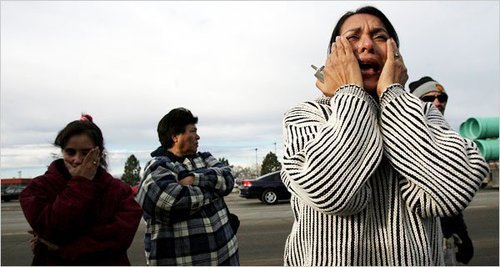