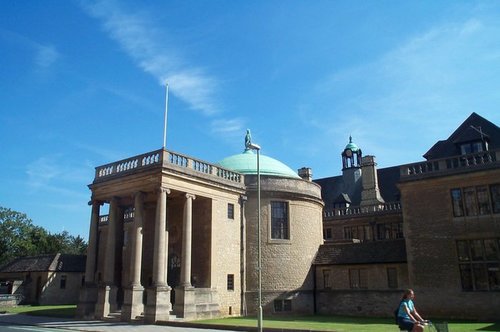 New Rhodes Scholarships Announced; Nobody Turns One Down in Solidarity with BLM 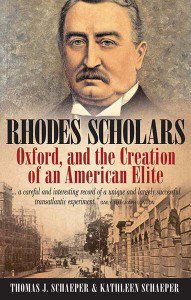 One of the forerunner events for the current Black Autumn on American campuses was the defacing and removal of the statue of arch-imperialist Cecil Rhodes at the University of Cape Town last spring.

So, with the new 32 American Rhodes Scholars being announced over a weekend otherwise devoted on campuses to agitation involving The Black Autumn (to focus on universities with ongoing BLM brouhahas, here are press releases from Princeton celebrating its four new Rhodes Scholars and a Harvard Crimson story about Harvard’s five new Rhodes Scholars), it’s worth reflecting on the well-known history of this most celebrated of scholarships.

With Princeton’s president’s office being occupied by black demonstrators demanding the eradication of the name of the anti-imperialist Woodrow Wilson (see video), it’s a bit ironic that Princeton is simultaneously celebrating garnering four scholarships named after the most flamboyant imperialist in the history of the English-speaking world.

Rhodes, founder of Rhodesia and the De Beers diamond monopoly of South Africa, funded the Rhodes Scholarships in his will as a refinement of his long-treasured plan to launch a covert conspiracy to ensure that Anglo-Saxons ruled the world. Rhodes’ first will, written in his early 20s, articulated his original conception:

To and for the establishment, promotion and development of a Secret Society, the true aim and object whereof shall be for the extension of British rule throughout the world, the perfecting of a system of emigration from the United Kingdom, and of colonisation by British subjects of all lands where the means of livelihood are attainable by energy, labour and enterprise, and especially the occupation by British settlers of the entire Continent of Africa, the Holy Land, the Valley of the Euphrates, the Islands of Cyprus and Candia, the whole of South America, the Islands of the Pacific not heretofore possessed by Great Britain, the whole of the Malay Archipelago, the seaboard of China and Japan, the ultimate recovery of the United States of America as an integral part of the British Empire, the inauguration of a system of Colonial representation in the Imperial Parliament which may tend to weld together the disjointed members of the Empire and, finally, the foundation of so great a Power as to render wars impossible and promote the best interests of humanity.

But by his last will, Rhodes had achieved one of the great insights of 20th Century affairs: while secret conspiracies of the Masonic / Jesuit ilk sound like fun, they’re not as effective as public conspiracies in which the conspirators issue press releases about how amazing they all are. (This is the reason that PR-intensive Davos has overcome secretive Bilderberg.)

So, Rhodes switched his will from funding his “Secret Society” to his very public Rhodes Scholarships that bring hard-chargers from across the North Atlantic to Oxford for enculturation and networking at an impressionable age. The most prominent living Rhodes Scholar is likely term-limited former President Bill Clinton, who is currently maneuvering to move back into the White House.

So, with all the recent emphasis in campus protests on obscure bits of historical racism, you might think that the news media today would be full of reports of idealistic students turning down their Rhodes Scholarships to protest this extremely flagrant symbol of the history of white supremacy. And the husband of the Democratic frontrunner might renounce his Rhodes Scholarship and return the money, with interest.

But … that’s not how things work.

Instead, while the Black Autumn on campus is a low-brow grift for affirmative action admittee self-promoters, the Rhodes Scholarships are a high-class grift for superstar self-promoters. They are better off cooperating against everybody else than competing with each other.