Blogger, Takimag columnist, and occasional VDARE.com contributor Kathy Shaidle has a new book out on Kindle, which has been meeting with some success:

As the only female columnist at controversial, conservative Taki’s Magazine, Kathy Shaidle soon found herself covering an unlikely beat: sexuality.

“Unlikely” because as the married, 50-year-old Shaidle explains, “my ‘number’ (as the kids call it these days) is so low that in certain Australian provinces I would still be considered a virgin.” 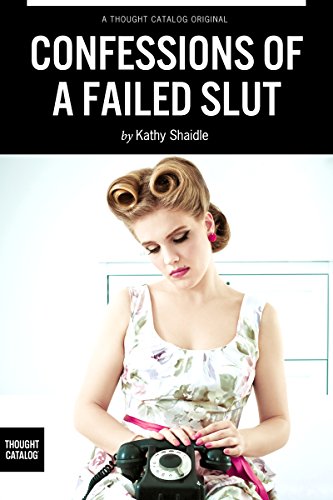 An author and blogging pioneer, Kathy Shaidle has been called “a night terror” (Wonkette), “one of the great virtuoso polemicists of our day” (Mark Steyn), “strenuously witless” (James Wolcott), “a purveyor of some of the most offensive racial stereotypes I have ever read” (the Canadian Jewish Congress), “a Zionist shill for the New World Order” (InfoWars) and “not a particularly nice person” (Alex Koppelman, Salon.com).

The“the epidemic of beta male faggotry” that Kathy is talking about doesn't have anyghing to do  with actual homosexuality, any more than Ann Coulter's joke about John Edwards did:

“Back in the 1960s, hard hats complained they couldn’t tell the longhaired boys from the girls anymore. But at least hippie guys – from Spahn Ranch to the Weather Underground townhouse – were obsessed with sex. These days, a dude who expresses too much interest in getting girls into bed can end up on a  Southern Poverty Law Center “hate group” list, as happened to a bunch of “pick up artist” websites. “

We did a post on that: File Under Too Hilarious To Miss—SPLC Calls Pick-Up Sharks a 'Hate Group'

“In that much maligned “manosphere,” the term “beta male” is the most popular pejorative. Fresher and more accurate than “metrosexual,” I’ll be using that phrase henceforth, along with that unfairly neglected anachronism “faggotry.” It’s ideal for my purposes because it doesn’t necessarily mean “gay” so much as “gay-ish.” So I’m trying to bring that word back. Call it artisanal invective. Here’s just a single representative seven days in Beta Male Faggotry, culled from news stories that broke during the first week of April, 2013…”