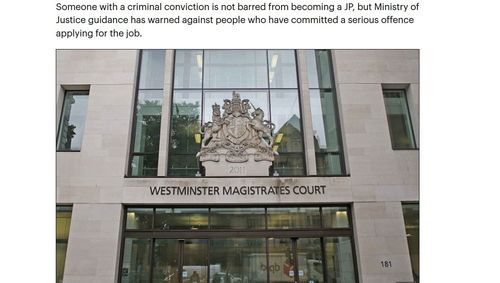 WANTED: More magistrates with criminal records to boost diversity among the judiciary

I must point out that chav whites tend to do their bit for racial equality in the UK by getting arrested for burglary, for hitting romantic rivals over the head with baseball bats (a remarkably strong-selling sporting good in cricket-playing England), and the like at a surprisingly high rate compared to American prole whites, who have largely been edged out of the crime business by nonwhites.