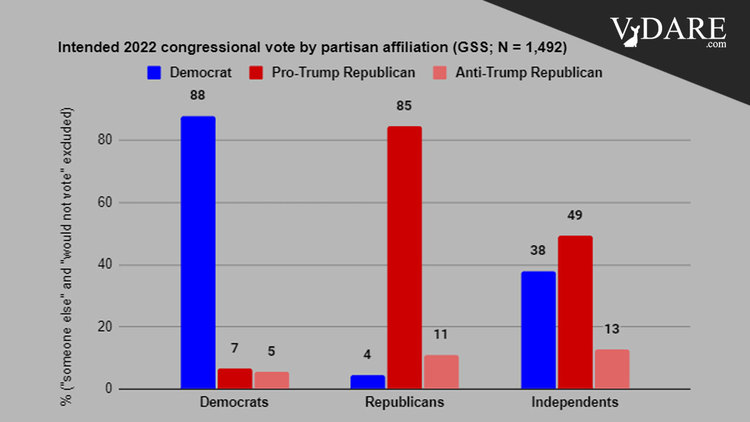 NeverTrump Losers Can't Even Get Started

There is no way for the GOPe to rig the primaries hard enough to overcome pro-Trump sentiment among Republican—and many independent—voters. There is no electoral support for the Cheney charnel house or the Lincoln Project perverts. No matter how hard the corporate media tries to manufacture it, they can’t even get through the fabrication stage: Parenthetically, despite this poll oversampling Democrats and undersampling Republicans in customary YouGov form, the topline congressional figures still give a modest edge to generic Republicans over generic Democrats in next year’s mid-terms. The Stupid Party won’t die and the damned Democrats won’t dominate the way they need to for something seriously oppositional to materialize. It’s almost as if I’m the dummy for assuming they are dummies rather than handsomely rewarded agents of an implacable bipartisan regime that laughs at fools like me.