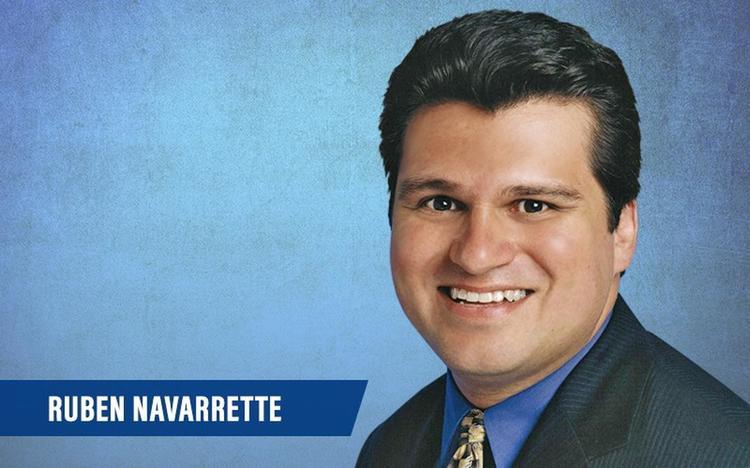 Navarrette on "Stirring up Anti-Latino Sentiment"

On May 28th, my VDARE.COM article "Ruben Navarrette - Where's He At?" was published.

Also on May 28th, Navarrette's column entitled "Stirring Up Anti-Latino Sentiment" was published.

While Navarrette claims he wants "more honesty" in the immigration debate, after reading a number of his columns, you see that he doesn't want honesty from people who don't agree with him.

Some of those who rail against illegal immigration can dish it out, but they can't take it. Since most illegal immigrants come from Mexico or other parts of Latin America, critics sometimes say the sort of crude things that give the debate its anti-Latino flavor. But let someone call them on it and do they ever get defensive.

Ruben is talking about people who "can dish it out but can't take it"?

That takes a lot of gall.

Navarrette went on to quote Obama, who recently said that

”A certain segment has basically been feeding a kind of xenophobia. There's a reason why hate crimes against Hispanic people doubled last year. If you have people like Lou Dobbs and Rush Limbaugh ginning things up, it's not surprising that would happen.”

Navarrette thinks it's great that Obama said that:

It's about time. That some cable hosts and radio talkers grow their ratings by pandering to the anti-immigrant crowd is no big secret.

This was followed by a couple of paragraphs about hate crimes.

Not that Navarrette provided any proof of Lou Dobbs and Rush Limbaugh causing hate crimes, but I guess just bringing the subject up was sufficient. Then he brought up the Klan:

In a world where the remnants of the Ku Klux Klan use immigration to recruit new members and where neo-Nazis have produced a repulsive computer game in which players shoot Mexicans crossing the border and watch them explode, it's obvious that these are hard times for Hispanics.

Navarrette complained that Limbaugh has made his share of "sophomoric remarks about Hispanics and immigration", and continued :

Still, there is a difference between sophomoric and sinister, and Dobbs is more accurately described as the latter. In fact, Fox News' Geraldo Rivera recently referred to Dobbs as a ”hatemonger” for his treatment of the immigration issue.

And here's something that really bothers Navarrette:

As Brenda Walker has pointed out , though Lou Dobbs is great on illegal immigration, he is far from reliable on legal immigration (which he wouldn't mind increasing). Nevertheless, he does invite members of FAIR, Numbers USA and CIS to speak on his program, though National Council of the Race leader Janet Murguia would prefer they not be allowed to speak out on the show. (What Lou Dobbs should do is invite a VDARE.COM writer to appear on his show).

Navarrette concluded the screed with this:

So did Barack Obama go too far in criticizing media talkers who are poisoning the public mood against Latinos? Are you kidding? He only scratched the surface.

I'd you'd like to write to Ruben Navarrette, his email is ruben.navarrette@uniontrib.com.

After all, he shouldn't object to our readers adding to the honest debate he says he wants on immigration, should he ?