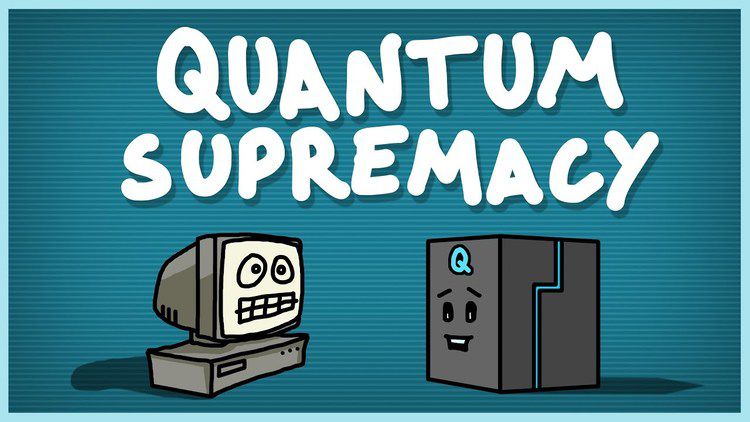 NATURE Magazine: The Term "Quantum Supremacy" Is Too Cool For School

One of the Current Year’s biggest problems is that male scientists down through history keep saying stuff — e.g., “I am become Death, destroyer of Worlds,” which sounds like something out of an Avengers‘ movie, or “Battle-Axe Culture” — that boys find awesome but girls find meh.

A recent example is the term “quantum supremacy.” Wikipedia reports:

In quantum computing, quantum supremacy is the goal of demonstrating that a programmable quantum device can solve a problem that classical computers practically cannot (irrespective of the usefulness of the problem). By comparison, the weaker quantum advantage is the demonstration that a quantum device can solve a problem merely faster than classical computers.

Abstract
The promise of quantum computers is that certain computational tasks might be executed exponentially faster on a quantum processor than on a classical processor1. A fundamental challenge is to build a high-fidelity processor capable of running quantum algorithms in an exponentially large computational space. Here we report the use of a processor with programmable superconducting qubits2,3,4,5,6,7 to create quantum states on 53 qubits, corresponding to a computational state-space of dimension 253 (about 1016). Measurements from repeated experiments sample the resulting probability distribution, which we verify using classical simulations. Our Sycamore processor takes about 200 seconds to sample one instance of a quantum circuit a million times—our benchmarks currently indicate that the equivalent task for a state-of-the-art classical supercomputer would take approximately 10,000 years. This dramatic increase in speed compared to all known classical algorithms is an experimental realization of quantum supremacy for this specific computational task, heralding a much-anticipated computing paradigm.

Main
In the early 1980s, Richard Feynman proposed that a quantum computer would be an effective tool with which to solve problems in physics and chemistry, given that it is exponentially costly to simulate large quantum systems with classical computers …

Cool! Quantum supremacy, supercomputers, Feynman … these are all terms that tend to be galvanizing to very bright adolescent males. Not surprisingly, some of them are therefore attracted into careers in physics and computers, which is a Bad Thing, because our highest priority is shoving more females who would be happy in the Life Sciences into working in the Death Sciences.

We take issue with the use of ‘supremacy’ when referring to quantum computers that can out-calculate even the fastest supercomputers (F. Arute et al. Nature 574, 505–510; 2019). We consider it irresponsible to override the historical context of this descriptor, which risks sustaining divisions in race, gender and class. We call for the community to use ‘quantum advantage’ instead.

The community claims that quantum supremacy is a technical term with a specified meaning. However, any technical justification for this descriptor could get swamped as it enters the public arena after the intense media coverage of the past few months.

In our view, ‘supremacy’ has overtones of violence, neocolonialism and racism through its association with ‘white supremacy’. Inherently violent language has crept into other branches of science as well — in human and robotic spaceflight, for example, terms such as ‘conquest’, ‘colonization’ and ‘settlement’ evoke the terra nullius arguments of settler colonialism and must be contextualized against ongoing issues of neocolonialism. …