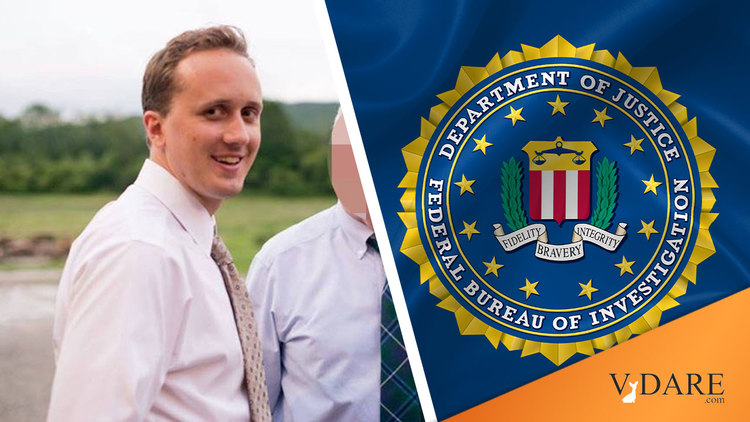 From the Washington Post news section specializing in “National Security,” coverage of the arrest of satirist “Ricky Vaughn.” 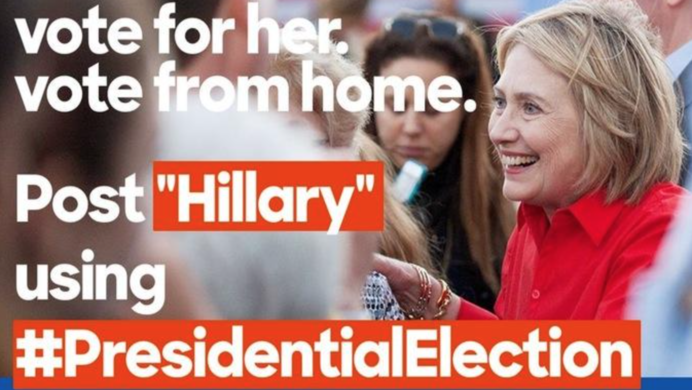 A far-right social media influencer was arrested Wednesday and accused of interfering in the 2016 election through an organized campaign to boost Donald Trump’s candidacy.

NEW YORK — A far-right social media influencer was arrested Wednesday and accused of interfering in the 2016 election through an organized campaign to boost Donald Trump’s candidacy by conning supporters of his opponent, Democrat Hillary Clinton, into voting through illegitimate means such as text message or online.

Prosecutors allege that Douglass Mackey, 31, used an alias, reportedly derived from actor Charlie Sheen’s character Ricky Vaughn in the 1989 film “Major League,” to circulate messages on Twitter that encouraged Clinton’s supporters to “Avoid the line. Vote from home,” according to charging documents. Nearly 5,000 people fell for the ploy, according to the Brooklyn U.S. attorney’s office, which announced the arrest.

Mackey was arrested in West Palm Beach, Fla., and charged with conspiracy against rights. The Florida public defender who represented him at his court appearance Wednesday could not be reached for comment. Mackey was expected to be released on a $50,000 bond.

Authorities said that Mackey used multiple social media accounts and conspired with others online in a bid to prevent people from voting for Clinton, who won the 2016 popular vote despite losing the electoral college.

One of his Twitter accounts, @Ricky_Vaughn99, had about 58,000 followers at the time it was suspended by Twitter in October 2016. The account was rated the 107th most influential with respect to the that year’s election, according to an analysis done by the MIT Media Lab — ahead of accounts belonging to former House speaker Newt Gingrich, “Late Show” host Stephen Colbert and NBC News, according to the criminal complaint.

Seth DuCharme, the acting U.S. attorney in Brooklyn and a holdover from the Trump administration, said in a statement Wednesday that, “With Mackey’s arrest, we serve notice that those who would subvert the democratic process in this manner cannot rely on the cloak of Internet anonymity to evade responsibility for their crimes.”

Keep in mind, people, this is no laughing matter. This is a matter of National Security! Nobody could possibly have noticed that the Ricky Vaughn account was comic in intent and these tweets were jokes based on the concept that Hillary voters are stupid and would fall for anything.

Here’s the Department of Justice’s hilariously humorless complaint. As far as I can tell, the smoking gun piece of evidence is that somebody else posted one of these joke memes about voting for Hillary over Twitter or over your phone, and somebody else responded, “Dopey shitlibs will fall for it too.”