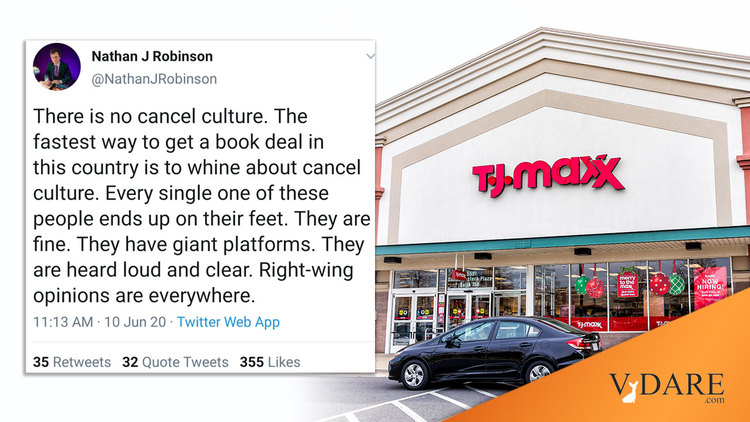 Nathan J. Robinson, The Tom Wolfe of T.J. Maxx, Says There Is No Cancel Culture, Then Gets Canceled 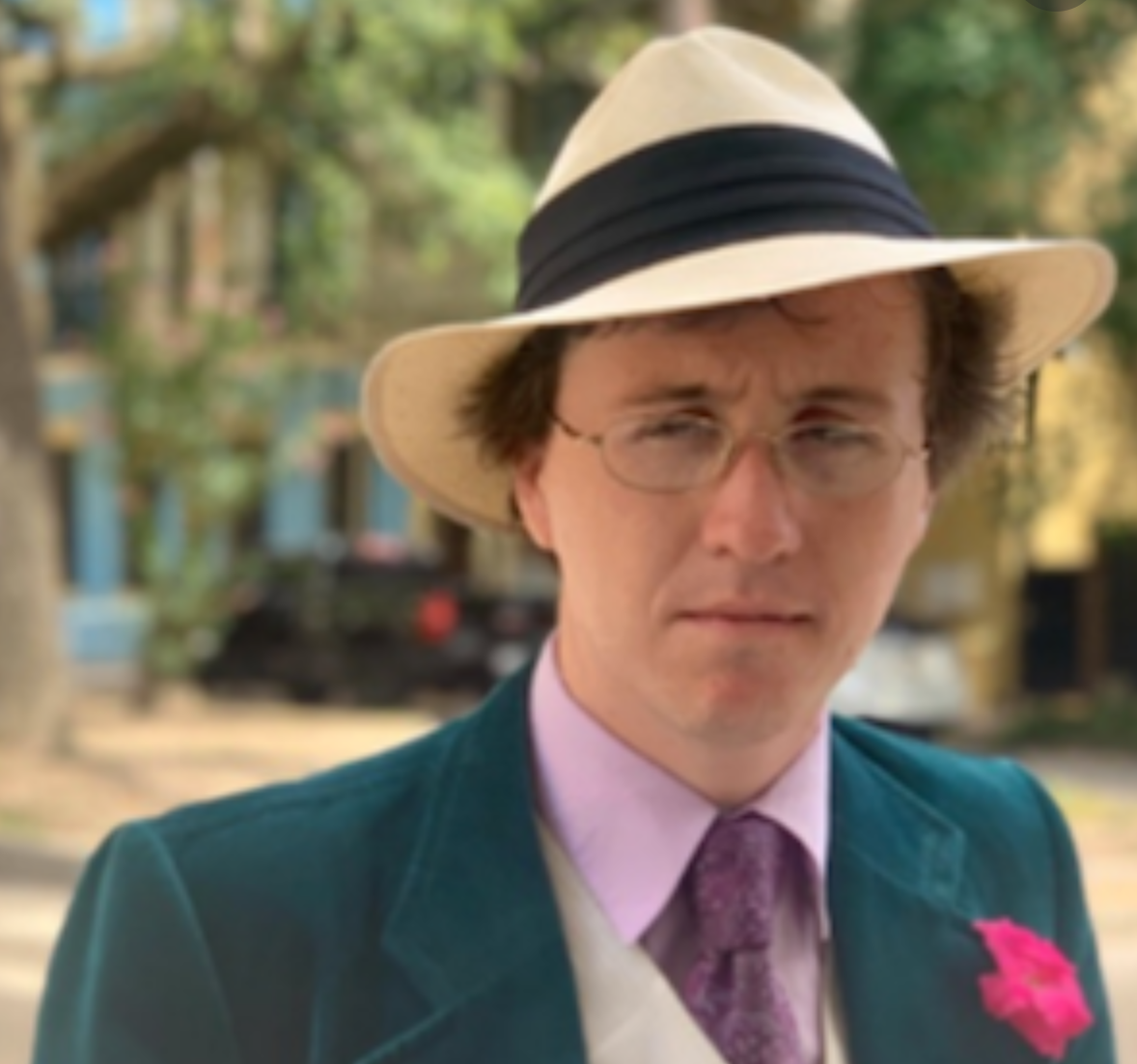 Nathan J Robinson is a leftist pundit with a self-branding shtick of dressing in foppish three piece suits like he’s The Tom Wolfe of T.J. Maxx.

Not surprisingly, he has argued that Cancel Culture Is Not Real: 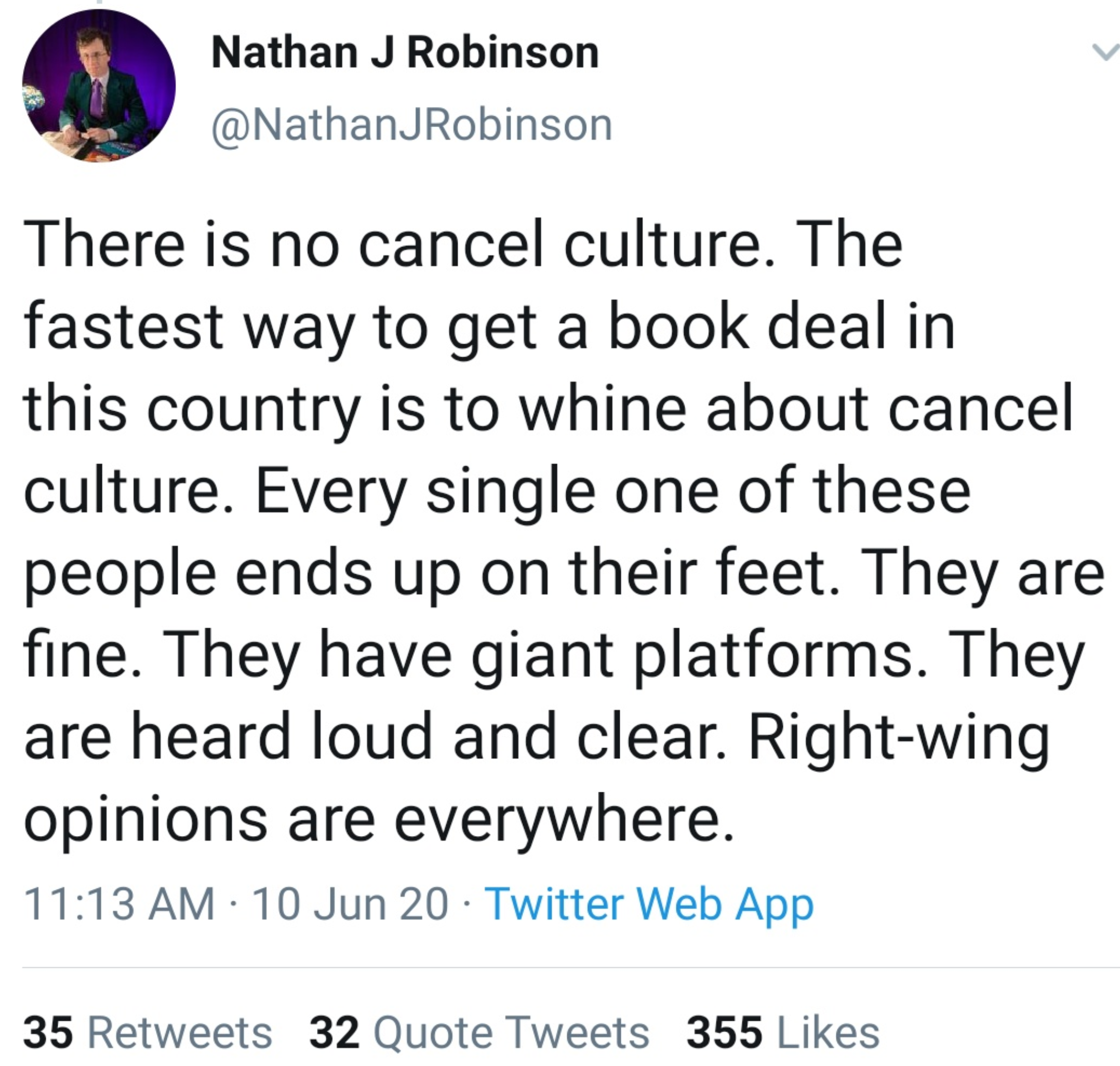 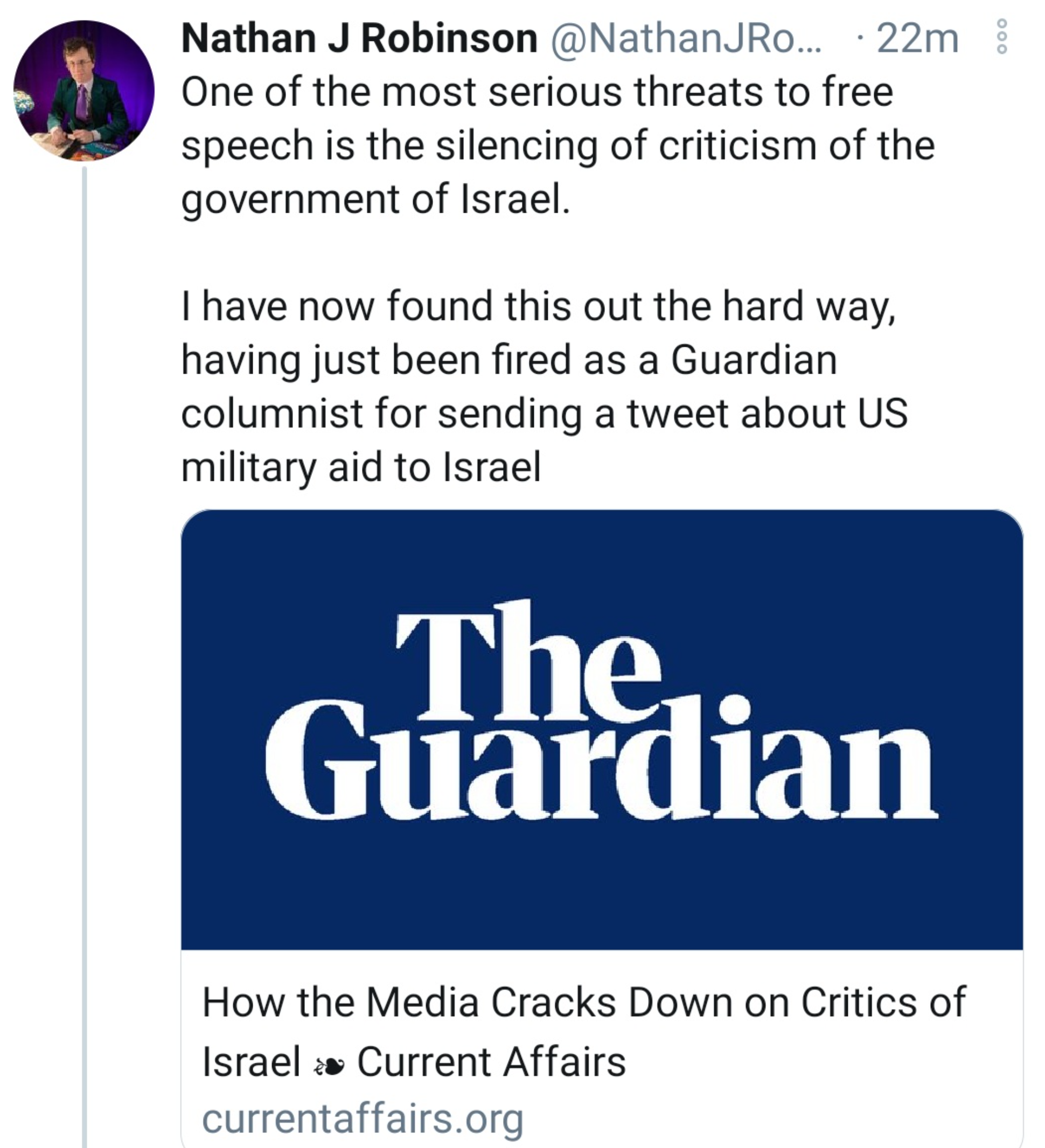 Robby Soave of Reason has the details:

Nathan Robinson is editor of the leftist magazine Current Affairs, and until recently, a columnist for The Guardian. On Tuesday, he learned that his column would be discontinued.

The reason, according to Robinson, is that he tweeted a joke about U.S. military aid to Israel that perturbed The Guardian’s U.S. editor-in-chief, John Mulholland, who accused Robinson of spreading “fake news” and suggested the joke was anti-Semitic.

In December, Robinson tweeted a complaint that the COVID-19 relief package was looped in with $500 million worth of military aid to Israel. “Did you know that the US Congress is not actually permitted to authorize any new spending unless a portion of it is directed toward buying weapons for Israel?” lamented Robinson. “It’s the law.”

If it were not clear enough that this was a joke, Robinson followed up with a remark that this wasn’t actually a component of federal law, but it might as well be.

In other words, Robinson made a joke in one tweet by overstating the situation in a comic manner, then in the next tweet explained that the previous tweet was a joke.

Nevertheless, Robinson received an email from Mulholland, with whom he had never interacted previously. The email contained a link to the tweet and an assertion that Robinson was spreading fake news.

“No such law exists,” wrote Mulholland in reference to Robinson’s joke about a legal mandate to include more funding for Israel in all spending bills. “In which case this is, as one might say, fake news, irrespective of the later tweet.”

“Given the reckless talk over the last year—and beyond—of how mythical ‘Jewish group/alliances’ yield power over all forms of U.S. public life I am not clear how this is helpful to public discourse,” Mulholland continued.

The bottom of the email included a quote—it was not clear from whom—that read: “Saying that the only Jewish state controls the most powerful country in the world is clearly anti-Semitic. The myth of ‘Jewish power’ informs murderous hatred. Delete this and apologise.”

Robinson says that his immediate reaction was to delete the tweet and apologize to Mulholland, not because he agreed with the criticism but because he didn’t want to lose his job.

“I need my income, and while it was deeply frustrating to me to have the Guardian policing my tweets, I grudgingly felt I would have to accept the new limits I expected would be imposed on my public speech,” wrote Robinson. “I knew that the censorship would be aggravating, but it seemed unavoidable and I hoped it would be limited.”

Mulholland thanked Robinson for complying, and Robinson expected that would be that. But over the next few weeks, The Guardian ceased running his columns. Finally, this week, Robinson received confirmation that his column was discontinued. Robinson says a Guardian editor confirmed that his Israel tweet was the reason. …

Mulholland did not respond to a request for comment, but a Guardian spokesperson sent me the following statement:

Nathan Robinson has written regularly for Guardian US but was neither a staff employee nor on contract. It is not true therefore that he was “fired”.

As we enter a new political era, we believe it’s important to publish diverse and original voices in our opinion pages. We continually review the range of regular columnists we publish and we would welcome further contributions from him in the future.

The Guardian supports its columnists to express a variety of perspectives on all topics, which are published on the site every day. Mr Robinson recognised that the tweets in question were ill-considered and it was his decision alone to delete them.

My new column mentions this growing Darkness at Noon–type insistence that We Didn’t Censor Your Tweets, You Censored Yourself:

Twitter’s weirdly Stalinist insistence that you admit your guilt by deleting your own tweets is as if Big Brother really were your big brother who grabs your hand and punches you in the face with your own fist, while taunting, “Stop hitting yourself.”https://t.co/J43588u7l1 pic.twitter.com/umQGSXyrAL