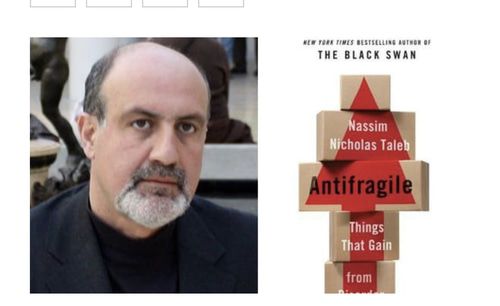 Could you explain the character of Fat Tony in Antifragile by Taleb?

Fat Tony is the foil to Dr. John. Dr. John is nerdy, meticulous, careful and academic; Fat Tony is confident, loud, careless and shrewd. Both of them make errors, but of different types. Dr. John can make gigantic errors that affect other people by ignoring reality in favor of assumptions. Fat Tony makes smaller errors that affect only himself, but more seriously (they kill him).

I know three people who have parts of Fat Tony’s character, so I consider him an amalgam of real people; but Nassim Taleb claims that he is entirely imaginary.

The most famous contrast between the two is the question of what to think about a fair coin that has tossed heads 99 times in a row.

This is much like one of Daniel Kahneman’sNobel-winning brain-teasers:

The mean I.Q. of the population of eighth-graders in a city is known to be 100. You have selected a random sample of 50 children for a study of educational achievement. The first child tested has an I.Q. of 150. What do you expect the mean I.Q. to be for the whole sample?

According to Kahneman, he has stipulated that the sample is random and the mean is 100, so that’s all you need to know. Hence, the rational answer is 101 and no other responses are acceptable.It is irrational for you to worry about real-world concerns like whether or not the IQ test might be misnormed, like the way the Pentagon’s AFQT test had bad scoring inflating recruits’ scores from 1976-1980.

Senator Sam Nunn kept asking the Pentagon why drill sergeants kept complaining to him that military was letting in some literal morons lately, and the Pentagon kept answering that by definition the median score on the AFQT equaled the median score in the population … until they admitted after a few years that they’d totally screwed up the scoring since 1976 and, yeah, had been letting in a bunch of real morons (see Stripes).

By the way, does anybody know (or have an opinion on) whether the AFQT misnorming was an honest mistake by the Pentagon or whether it was a scam to make the Volunteer Army seem to work? Eventually, Ronald Reagan came up with the high IQ genius solution to the problem of recruiting a volunteer army: “Let’s pay our soldiers a decent wage and tell them often that we are proud of them.”

Dr. John insists that because the coin is fair, the answer has to be 50%. But this is incorrect, and an example of a common misunderstanding among theoretically minded people of what a fair coin is.