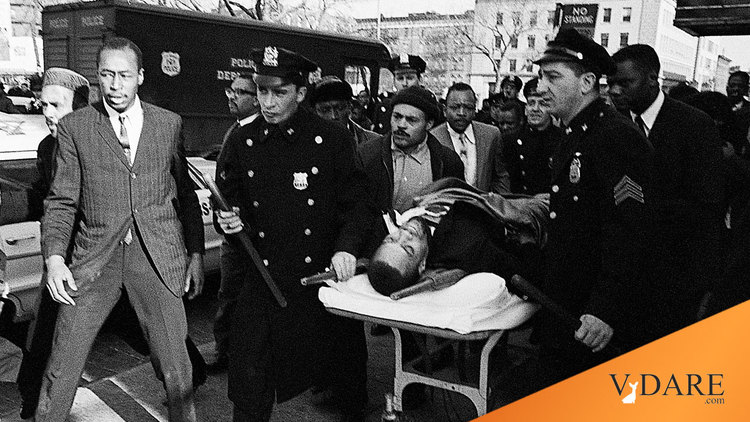 2 men convicted of killing Malcolm X did not get a fair trial, prosecutors say.

Alternatively, all the Black Muslims more or less involved in murdering their heretic star preacher were loyal hard men who in the 1960s wouldn’t cut a deal to save themselves.

Two of the men cast as the assassins of Malcolm X in 1965 are set to have their convictions thrown out, after an investigation found that the government withheld crucial evidence about one of the most notorious murders of the civil rights era. …

The move follows a 22-month review conducted by defense lawyers and Manhattan prosecutors who concluded that the men had been wrongfully convicted.

The investigation revealed documents that showed the district attorney’s office, the Federal Bureau of Investigation and the New York Police Department failed to examine key information and did not disclose accounts of witnesses and informants that might have helped to exonerate the men.

Instead, Mr. Aziz and Mr. Islam, Black Muslim men then known as Norman 3X Butler and Thomas 15X Johnson, each spent more than 20 years in prison for the murder of Malcolm X, a hustler-turned-minister who became an icon of the civil rights movement and was shot to death inside a crowded Harlem ballroom. …

The reviewers were also unable to pin the crime on four other men who Mr. Halim said were his co-conspirators. Nor did they resolve bigger mysteries about who ordered the assassination, which came after Malcolm X’s fraught split with the Nation of Islam. 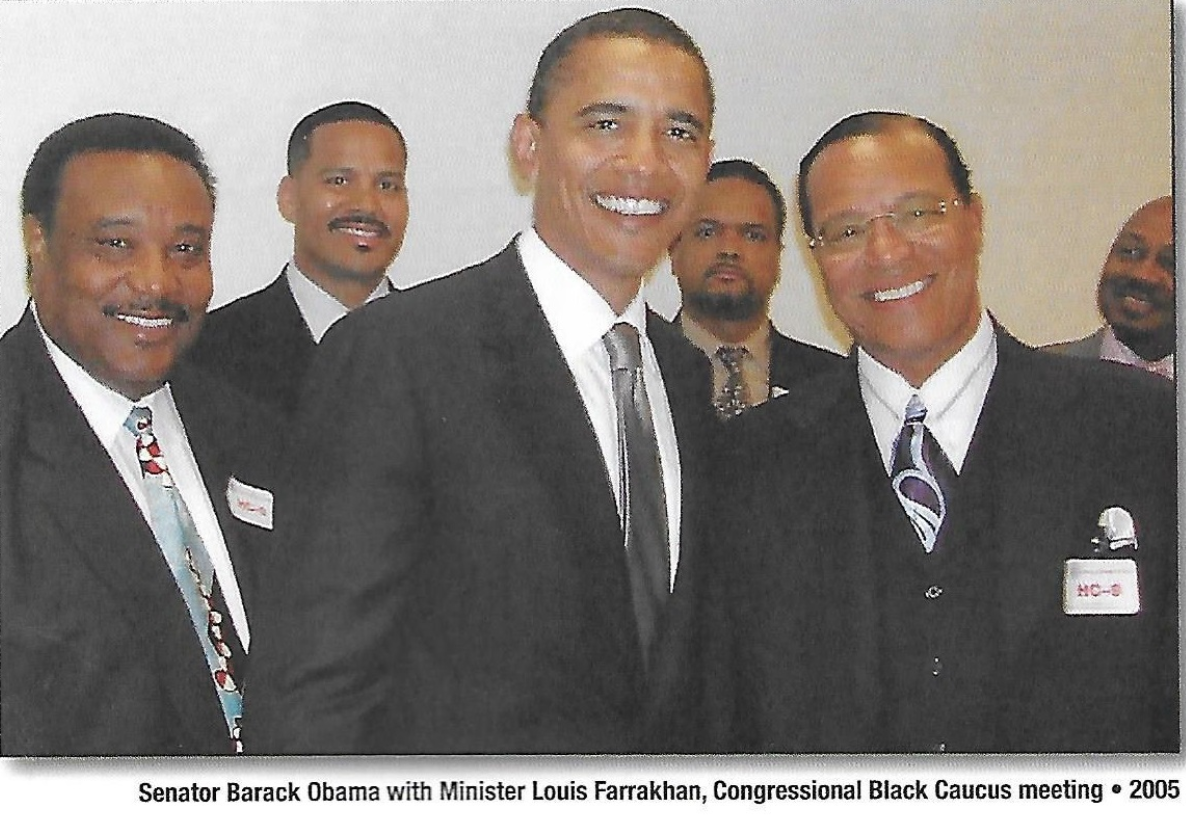 Who ordered the assassination? That’s kind of the Big One in this conspiracy theory, isn’t it?

Especially because, after all, one of the Usual Suspects in many variants of plausible Malcolm X conspiracy theories remains alive and prominent?

, as well as descriptions of the gunmen by informants and witnesses that corroborated Mr. Halim’s detailed account of the crime. …

It is widely believed among experts on the assassination that William Bradley, a member of the Newark mosque who once served time in prison on charges that included threatening to kill three people, fired the first shotgun blast. Mr. Halim identified the man with the shotgun as William X. Mr. Bradley denied any involvement and died in 2018.

The historian Manning Marable, who wrote a Pulitzer Prize-winning biography of Malcolm X in 2011, suspected that Mr. Bradley was probably pulled into the assassination plot by two other members of the Newark mosque whom Mr. Halim identified: Leon Davis and Benjamin Thomas.

Mr. Marable theorized that Mr. Davis and Mr. Thomas were most likely directed by a minister at the mosque to plan the assassination after Malcolm X returned to the United States from a trip abroad in 1964 and eventually enlisted the other men.

“Most likely directed by a minister at the mosque to plan the assassination …” is an intriguing if vague phrase. If only we had some way of knowing who had been a minister at the Newark mosque. Well, let’s try Wikipedia:

Mosque No. 25 is a former Nation of Islam (NOI) mosque in Newark, New Jersey, which was presided by Minister Louis Farrakhan (Louis X)[1] and James Russell McGregor (James 3X).[citation needed]

We need a big investigation into the James Russell McGregor guy.

Seriously, McGregor, a.k.a., James 3X, James Shabazz, and Son of Thunder (and what’s with the NYT deadnaming all these Black Muslims with their slave names?) came to a pretty interesting end, assassinated in his Newark driveway in 1973 during a wave of murders involving high ranking NOI who were beefing with each other.

… Located on South Orange Avenue, its membership had a reputation of being more active and loyal than NOI members in other larger municipalities.[2]

… Men involved in Malcolm X’s assassination had ties with the mosque, including the 3 men convicted of his murder and two additional accomplices that were not charged…. The man who fired the shotgun, William Bradley, also known as Mustafa Al-Shabbaz, came from the Mosque and was a well-known figure in the community

And from Wikipedia’s article on Minister Farrakhan:

The day that Malcolm X died in Harlem, Farrakhan happened to be in Newark, New Jersey on rotation, 45 minutes away from where Malcolm X was assassinated. After Malcolm X’s death, Elijah Muhammad appointed Farrakhan to the two prominent positions that Malcolm held before being dismissed from the NOI. Farrakhan became the national spokesman/national representative of the NOI and was appointed minister of the influential Harlem Mosque (Temple), where he served until 1975.

It’s almost as if the random coincidence of Minister Farrakhan happening to be in the Newark mosque the day that members of the mosque assassinated the apostate Malcolm X led Elijah Muhammad to reward him in a manner that would have befitted someone who was actually involved in the conspiracy.

Some guys just get all the luck, I guess.