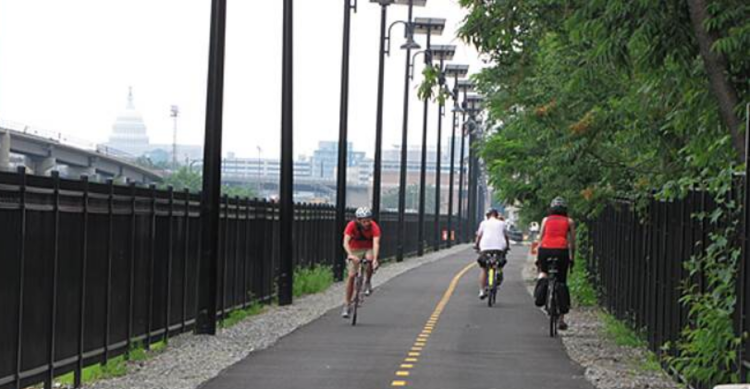 The bicyclist doesn’t remember seeing the youths run at him as he pedaled home late Tuesday afternoon on the Metropolitan Branch Trail, but he certainly recalls one knocking him off his bike and at least a dozen others piling on, punching and kicking him in the head.

What the 37-year-old can’t understand is why they did it.

They didn’t take his $500 bicycle. They ignored his cellphone. They didn’t want the $20 in his wallet. In fact, the victim said, “I didn’t hear a word.”

And the lack of apparent motive is haunting the married father of two, who uses the trail regularly to bike between his office in the NoMa section of the District and his house in Silver Spring.

The randomness of the attack near Third and S streets NE — and near the location of a surge of violent robberies two years ago — has made him more scared and more angry and left him wondering whether it’s time to give up pedal power in his commute.

“I would be fine if they took my things, that I understand,” said the man, recovering at home from broken bones above his left eye and bruises too numerous to count. “But violence for violence’s sake is troubling.”

D.C. police said the attack by as many as 15 youths occurred about 5:30 p.m. in the Eckington neighborhood. As the cyclist passed a group standing to the side of the trail, one broke away and punched him in the face, knocking him to the ground, police said.

Others joined in, police said, and then the youths ran south toward the NoMa-New York Avenue Metro station. Investigators are checking whether nearby surveillance cameras captured the attack. No arrests have been made.

Cmdr. Andrew Solberg, head of the 5th Police District, called the assault isolated. He said officers patrol the trail on foot, bicycle and Segway. “I would like to reassure folks that the trail is very safe,” he said. “It’s very unfortunate that every once in a while there are acts of violence that take place.”

Fascinating sentence construction: "there are acts of violence that take place."

In 2011, communities along the trail organized volunteer patrols after attacks along a 1.5-mile stretch between Franklin and L streets NE, the same area where Tuesday’s attack occurred.

They blamed youths for the assaults and robberies, including an incident in which a stun gun was used to knock a commuter off a bicycle and one in which a metal pipe was thrown at a 61-year-old woman, who was robbed of her purse and a book on Moses. One arrest brought that spate of robberies to a stop, police said at the time.

Authorities said they do not think what happened Tuesday is part of a new wave of violence. The victim did not want his name published, and The Washington Post generally does not identify crime victims.

The man said he cannot think of a single reason for the attack on the eight-foot wide paved trail, which he uses to save money, help the environment and get some exercise. “It was completely random,” he said. “I’m having a hard time understanding why this happened. There’s no answer. I want to feel comfortable using the trail.” But he said he is not sure whether he will use it again.

“One kid just started running at me and hit me on the side of the head,” the man said. “The rest continued to pummel me while I was on the ground. . . . I’ve got no sense of anything I did or could have done to instigate it. I didn’t make eye contact with him. I didn’t even notice him running up to me.”

The victim said few people were on the trail at the time, although he recalled passing a runner heading south and being passed by another cyclist going north.

Of his money, credit cars and bike, he said, “I would have gladly given it all up.”

Now, he’s faced with telling his daughters, ages 7 and 9, what happened to their daddy. “I’m not sure when I can show my face in public again.”

The psychological violation, the feeling of shame, that comes with being a crime victim is seldom discussed except in cases of rape, but it's there.