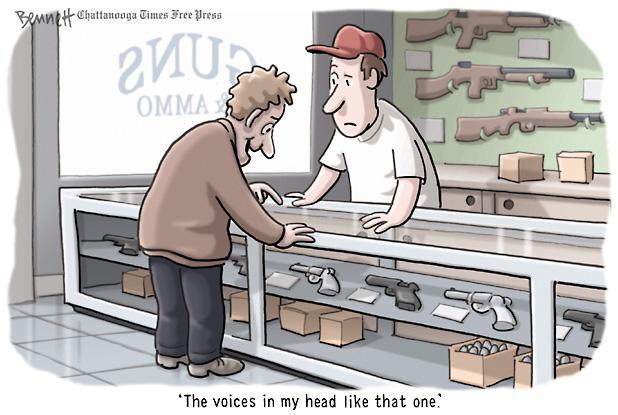 I saw this typical complaint on Twitter, to which Stacy McCain replied:

@adaminoakland James Holmes was (is) a psychotic who identified with the "Joker" character in Batman movies. Kinda different.

Different, but also the same: when a psychotic kills someone, because they are psychotic, we're told not to stigmatize psychotics:

And this complaint, from  "mental health advocacy group"which has the excuse that the people who wrote it are crazy themselves, the other ones writing about stigma are technicall sane:

They've complaining about this cartoon: 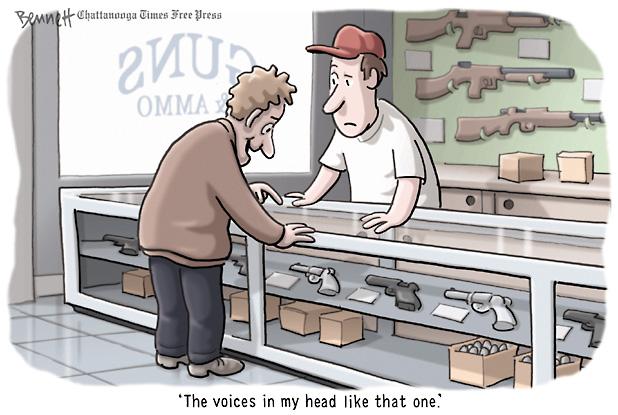 An extreme example of not stigmatizing: Vince Weigang Li is the Chinese immigrant who killed a man named Tim McLean on an bus trip in Canada. Weigang Li "stabbed, gutted and beheaded" McLean, and also "cannibalized the victim and pocketed his nose, lips and ear."

In discussing whether the cannibal killer should be allowed to leave his mental hospital on passes, McLean 's mother used the phrase "“I’m not stigmatizing mental issues."[Cannibal wins right to leave mental hospital,  by Joe Borlik, MyFox8.comMay 27, 2012,

And when dangerous wackos who should have been locked up kill, it's "Don't stigmatize the mentally ill."

Who can be stigmatized?