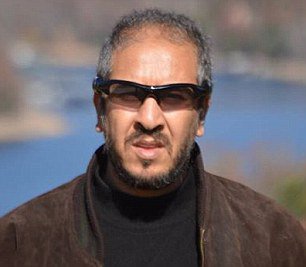 The Daily Mail gets stories that happen in America, but for some mysterious reason, the American press won't push. In this one, even the Daily Mail can't get any of "Muslim", "Arab", or "Immigrant" in the headline: 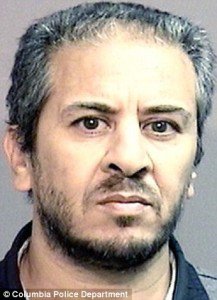 Youssif Zaghwani Omar, 53, was arrested after allegedly dragging a 14-year-old female relative out of school

Omar's LinkedIn page lists him as being an assistant professor at the University of Missouri, Columbia and manager of Artifacts Journal at the university bookstore

By Kiri Blakeley For Dailymail.com

In Paragraph Two, we get the newsworthy human interest stuff:

Police re-sponded at 3 p.m. Tuesday to the school, 1104 N. Providence Road, for a child abuse call, Officer Latisha Stroer said in an email. Youssif Z. Omar was at the school and noticed a 14-year-old female family member was not wearing a hijab, a traditional headscarf that some Muslim women wear. Omar became irate, Stroer said, grabbed the girl “very violently by the hair” and pulled her outside and down a flight of stairs.(Emphasis added)

There are a 103 comments, of course.  You can email Matthew Saunders, the city editor of the Columbia Tribune, and ask him if he thinks this kind of burying the lede is going to prevent or contribute to the death of the American newspaper.