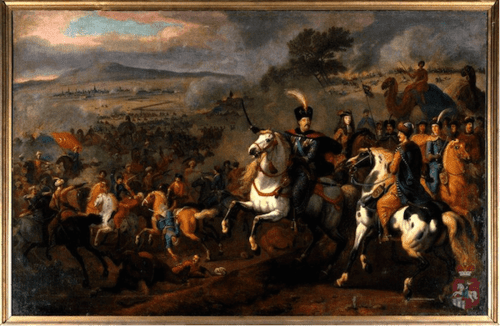 It’s good to see a creative response to the worsening Muslim invasion of Europe. Civic rudeness has become practically a citizen responsibility since governments have abrogated their basic responsibility of protecting the nation’s people. Specifically, if the state won’t enforce law and borders, the least citizens can do is make the hostile invaders know they are not welcome.

In earlier times, Europe was blessed with courageous defenders like Charles Martel and Jan Sobieski who kept jihadists out. Now extremist liberalism has dictated jihad-infiltrated hordes must be welcomed inside the gates.

Today the little citizens must do what they can to fight against the barbarian hijrah (jihad via immigration). In the Netherlands, some patriots decorated a future asylum center with pork, which Muslims consider unclean rather than delicious.

0:03 I think it’s super! The people are revolting. They make themselves heard.

0:06 Magnificent! Does that have to be in such a horrible way?

0:09 Much more horrible, for all I care. Don’t you think it’s getting out of control with this action?

0:22 You’re making a statement from citizens to the municipality.

0:30 You think this is an action against the AZC? Absolutely certain.

0:34 Otherwise, it wouldn’t happen here. The community is talking about it.

0:38 Yesterday photos on Facebook. And you drive by it [the AZC].

1:09 I thinks it’s crazy, what’s happening here. A protest against the asylum center to originate here?