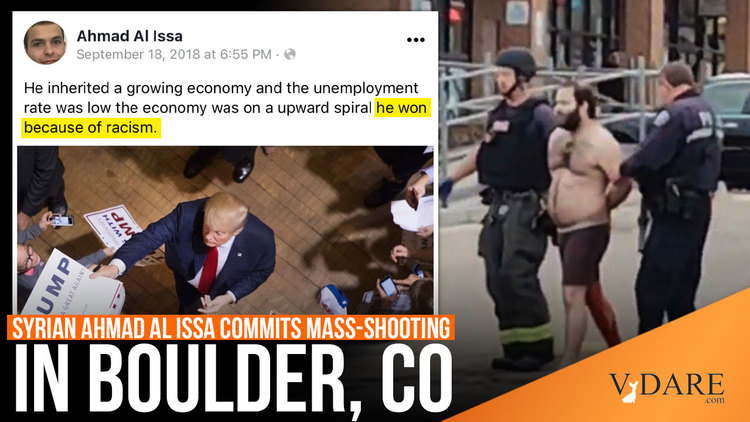 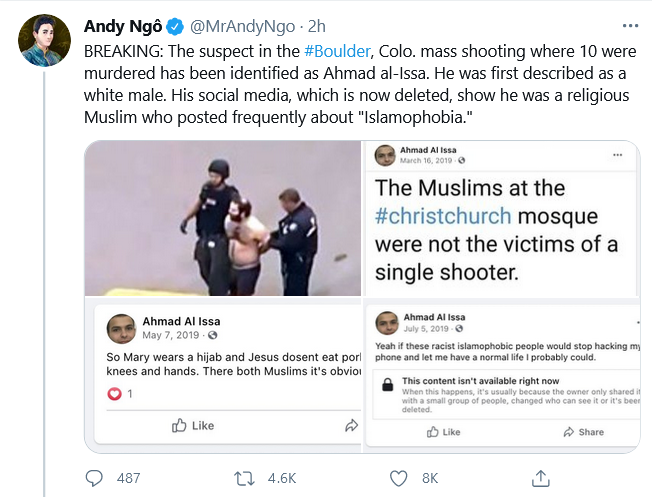 The #Boulder, Colo. mass shooting suspect who is accused of killing 10 people is an immigrant from Syria. His full name is Ahmad al-Aliwi al-Issa. His online posts show he was a deeply religious Muslim. pic.twitter.com/57vokI5jFz

The Post Millennial says he's an ISIS sympathizer and Trump-hater, who was posting Trump-hate during the 2016 election:

I should draw attention to this post by Al-Issa, only two years ago: 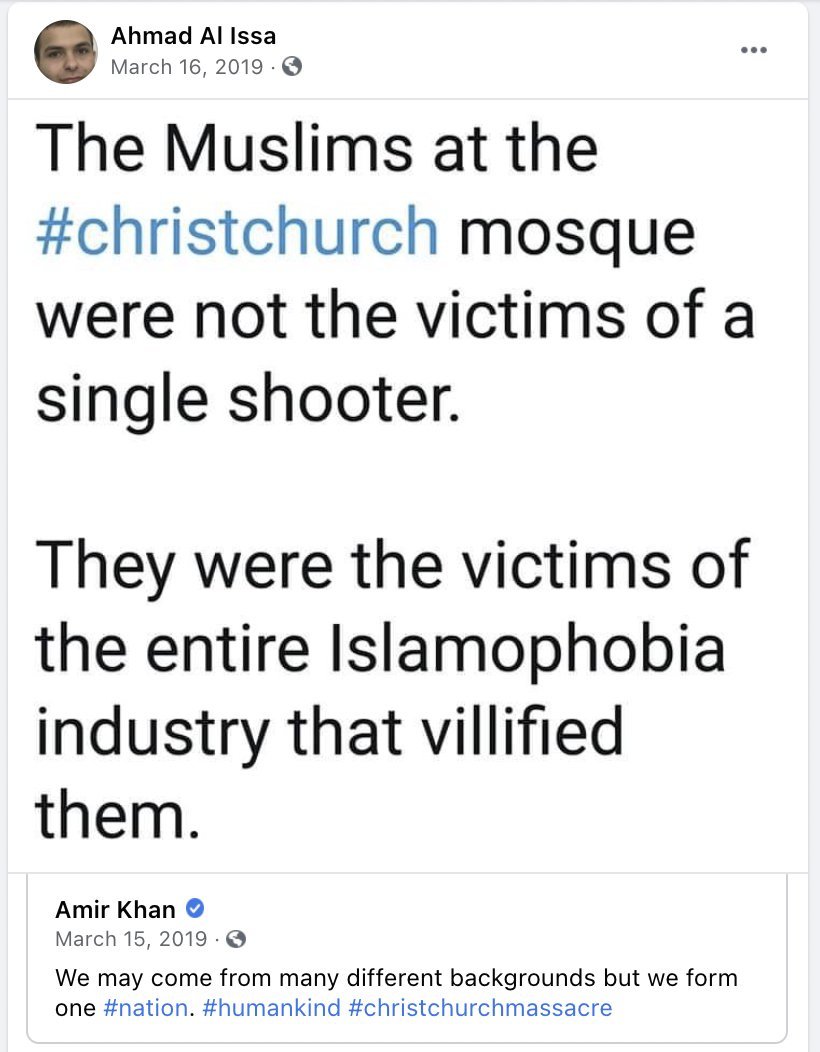 This was part of the "backlash" against white people after the Christchurch, NZ massacre which was a rare anti-Muslim hate crime.

And it is exactly the opposite of what whites and Americans are supposed to feel and express after an anti-white hate crime committed by Muslims.

See Why No Stories About Whites Fearing “Backlash” After NZ Shooting? Because Of Cultural Marxist Narrative Control—And That’s Part Of The Problem.