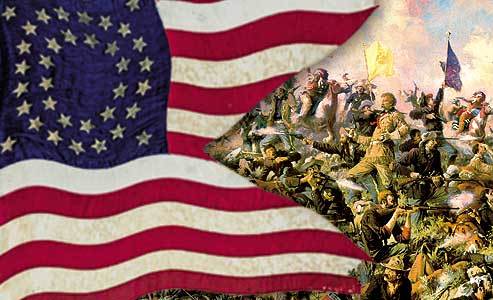 The Detroit Institute of Arts has sold a flag carried by the Seventh Cavalry at the Battle Of Little Bighorn.

"We'll be using the proceeds to strengthen our collection of Native American art, which has a rather nice irony to it I think," said Graham Beal, director of the Detroit museum.

I don't think so. I think Beal's remark is a damned insult to the murdered and mutilated troopers of the Seventh Cavalry.

Beal, [Email him] wrote on the Institute's website that they have a rule that art is never sold to pay expenses, only to buy other art, which means that it's a straight preference for "Native American" art over American history and murdered American soldiers. 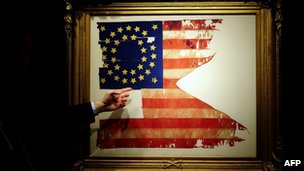 A flag carried by Lt Gen George Armstrong Custer and his 7th Cavalry troops into their last stand at the Battle of Little Bighorn has been sold at auction for $2.2m (Â?1.4m).

The guidon is the only one not captured or lost during the 1876 battle in the state of Montana.

The flag, previously valued at $5m, was bought by a private US collector in the auction at Sotheby's in New York.

"We'll be using the proceeds to strengthen our collection of Native American art, which has a rather nice irony to it I think," said Graham Beal, director of the Detroit museum.

Gen Custer and all his soldiers - more than 200 in number - were killed by thousands of Lakota Sioux and Northern Cheyenne warriors during their attempt to reclaim the Black Hills region from the Lakota as part of a US government campaign.

The flag was found beneath a dead American soldier following the Battle of Little Bighorn - or the Battle of Greasy Grass Creek, as the victors of the battle named it.

The flag was renamed Culbertson Guidon after Sgt Ferdinand Culbertson, a member of the burial party who recovered it from the field.

Sitting Bull and Crazy Horse were among the Lakota leaders who fought in the battle.

Post
Triathlon Is Racist But Triathletes Are Good, Or Something
MORE...
POPULAR TAGS