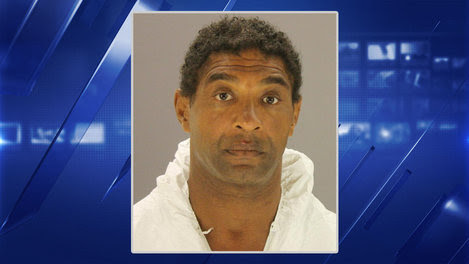 Murder In Dallas: "This Is What Happens Without A Neighborhood Watch."

On Nicholas Stix's site, a commenter on the story of the murder of Penny Terk and the arrest of Gary Anthony Sanders, pictured below, says "You might say this is what happens without a neighborhood watch."

As you can see from his picture, Mr. Sanders is a black male with a hoodie, like the late Trayvon Martin. This is the kind of thing that makes Neighborhood Watch types suspicious.

But isn't it racist to suspect a strange black male in a hoodie? Well, a black-run Neighborhood Watch would proably suspect Mr. Sanders if he wasn't personally known to them.

The Oak Cliff neighborhood of Dallas where Penny Terk lived and died is not monolithically white. Wikipedia says (today)

In 2001 Jim Schutze of the Dallas Observer referred to northern Oak Cliff as "Dallas' own Jerusalem, where various ethnicities choose to live close to each other and not get along."[Absentee Minded, Dallas Observer, August 30, 2001]

And occasionally someone dies. So Neighborhood Watch is important, and so is self-defense. But if you can afford it, consider moving to a "better" neighborhood.