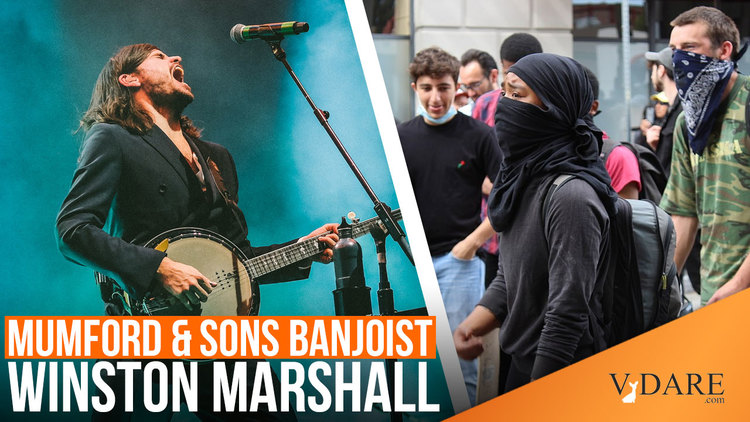 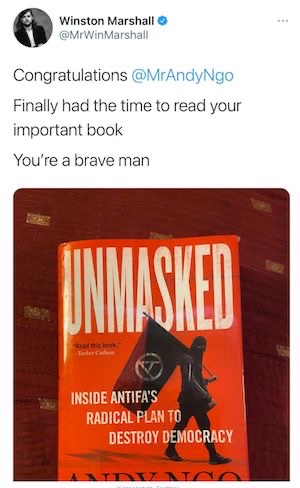 A famous rock star learned he’s not allowed to criticize Antifa this week. Mumford & Sons banjoist Winston Marshall profusely apologized and announced his break from the band for the crime of praising Andy Ngo’s new book, Unmasked: Inside Antifa’s Radical Plan to Destroy Democracy. Marshall tweeted at Ngo earlier this week to say: “Finally had the time to read your important book. You’re a brave man” [Mumford and Sons’ Winston Marshall ‘Taking Time Away From Band’ After Praising Conservative Provocateur, by Daniel Kreps, Rolling Stone, March 10, 2021].

Unmasked is an important book and Ngo has risked his life to expose Antifa’s violence. Marshall said only facts. It’s hard to see how what he, a private citizen, said is offensive. But it gave offense because we are not allowed to condemn Antifa or express support for those who challenge the left-wing anarchists.

Marshall deleted his tweet and issued an apology for it. “Over the past few days, I have come to better understand the pain caused by the book I endorsed,” he said. “I have offended not only a lot of people I don’t know but also those closest to me, including my bandmates and for that, I am truly sorry. As a result of my actions I am taking time away from the band to examine my blind spots.”

This controversy proves that Antifa is essentially an elite-backed phenomenon. If the anarchists actually challenged the system, entertainers could criticize them without fear of retribution. But it’s actually the opposite. You’re only allowed to see Antifa as the successors to the D-Day invasion force, or pretend they don’t exist. This is why federal law enforcement and several local officials do nothing about Antifa violence. They know they better look the other way.

Andy Ngo is a brave man. You should definitely get a copy of his book before the censors take it down.