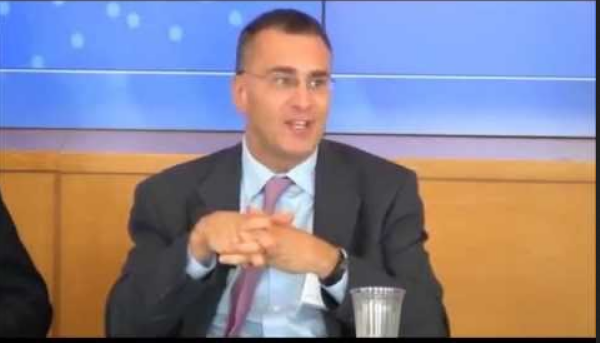 Giving deeper meaning to the term Ivory Tower, an MIT Economics Professor who doubles as an Obamacrat enforcer went to the ‘24th Annual Health Economics Conference’ at the University of Pennsylvania in October 2013, and forgot that the Peasants can watch videos.

He boasted to the no doubt approving audience that the Obamacare legislation was deliberately crafted to disguise that it was a redistributive tax from the Congressional Budget Office and Congress to take advantage of “the stupidity of the American Voter” ObamaCare Architect Admits "Lack Of Transparency" Is Huge Advantage Against "Stupidity Of The American Voter Submitted by Mike Krieger via Liberty Blitzkrieg blog, ZeroHedge 11/10/2014

Professor Jonathan Gruber (email him) flagged as the problem that the legislation was designed to transfer resources from the healthy to the sick but of course that is not accurate: all health insurance programs do that. What makes ObamaCare politically explosive is that it is racial socialism, plundering economically competent whites for the benefit of economically unviable non-whites: that is why the President wanted it.

This insight into the mentality of the Obamacare intellectual heavy lifters brings to mind a similar case discussed by Peter Brimelow in Norbert Schlei—Guilty of Malice Aforethought in America's Immigration Disaster?

Norbert Schlei ...as assistant attorney general in the Kennedy and Johnson Administrations played a key role in designing the disastrous 1965 Immigration Act.

It is often said that no-one anticipated the 1965 Act's floodgate-opening consequences. Certainly its key supporters denied that anything untoward would happen. Senator Edward Kennedy notoriously said:

“…our cities will not be flooded with a million immigrants annually. Under the proposed bill, the present level of immigration remains substantially the same … Secondly, the ethnic mix of this country will not be upset..

But some specialists in this under-researched area think that key operatives were perfectly well aware of the consequences.That's certainly the message conveyed, in an emotive way that no amount of factual analysis can match, by Schleis' sly smirk that concludes this excerpt.

How many other American policy disasters have at their roots Grubers and Schleis deviously promoting their own agendas?