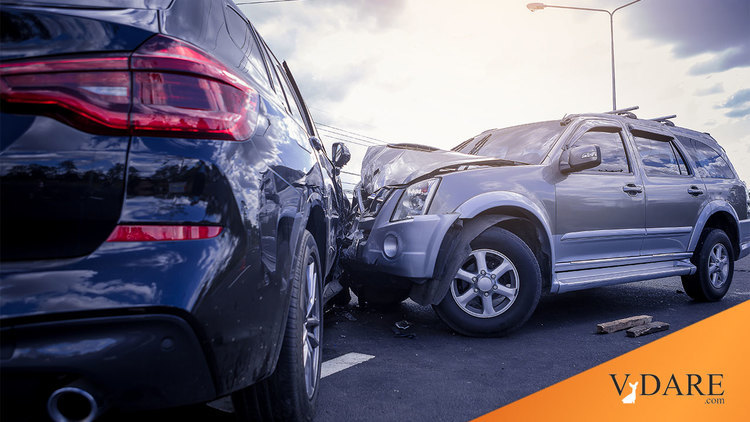 The Biden administration is capping off the president’s recent trip to Michigan, focused largely on worker rights and transportation innovation, by handing out its first federal grant to dismantle a highway built to perpetuate racial discrimination.

The move is part of the Biden administration’s broader effort to remake America’s infrastructure to be more equitable, including addressing racist roads that were designed to facilitate white flight and deprive Black communities of housing and commercial opportunities.

Transportation Secretary Pete Buttigieg confirmed to The Associated Press on Thursday that $104.6 million in federal funds coming from last year’s bipartisan infrastructure bill will go toward a plan to dismantle Interstate 375, a highway built to bisect Detroit’s Black Bottom neighborhood and its epicenter of Black business, Paradise Valley.

If it goes down the middle of a black neighborhood, it splits the community.

If it goes along the edge of a black neighborhood, it separates it from nearby white communities.

If it is far away from a black neighborhood, then that neighborhood has been bypassed and cut off.

All three claims are being made about different highways right now in different parts of the country.

I-93 in Boston is kind of a racist road in that it skirts Roxbury and cuts it off from the terrible racists in South Boston and all the South Boston magic dirt which makes Southie perfectly great to live in and walk around in at 2 AM (unlike Roxbury) and access to the South Boston beaches, which is bad because we know that black people like to swim. Say your city has just two freeways, built at right angles that meet in the middle of town. The freeways take up an increasing percentage of the city surface as you go from the outskirts to the interchange near the center. Way out on the outskirts, the average resident is inconveniently far from any freeway. Way downtown, the two freeways take up too much of the surface, making pedestrianism inconvenient. Somewhere in-between is an optimum point, although I’ve never seen any discussion of where that would fall. Blacks tend to live near the center of cities, so their neighborhoods tend to get chopped up more.

But let’s look at a map of a once famously black place, Compton, CA, home of West Coast gangsta rap.

A freeway runs through the south edge of Compton and along its east edge, but, overall, it looks to me to be pretty well served by freeways, sitting in the middle of a rectangle of freeways. It looks “freeway close” to a lot of destinations like LAX, DTLA, the Port, Century City, etc. That didn’t keep it from changing from the home of two future Presidents around 1950 to a crack hell around 1990 to a pretty nondescript mostly Latino working class community today.