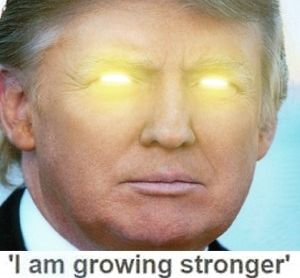 MSM Attacks On Trump May Strengthen Him

The main focus of the commentary this morning about the first Republican presidential debate is how Fox News seemed to target frontrunner Donald Trump. However, polls indicate most people believe Trump won the first debate. And as several commentators are pointing out, Trump gets his political appeal from his perceived ability to take on the Establishment, which is actually strengthened when an organization like Fox News seems to go after him.

[Trump's] toughest opponents Thursday night weren’t the candidates up on stage, but the Fox News moderators, who went right after him — none with more gusto than [Megyn] Kelly...

If Fox News has really turned on Trump, it will add a fascinating new twist to the race.

Right now, Trump is the dominant candidate in the field because he has exerted a broad appeal to every part of the Republican Party. How might those Republicans react to Fox News — their own network! — aggressively trying to take down their favorite candidate?

Trump actually did stumble momentarily when Kelly pressed him on when he actually became a Republican. Thus far, the only charges that seem to have slowed Trump's momentum are that he doesn't have a long history as a conservative activist and that he is too close to the Clintons.

Carly Fiorina's attack on Trump on these points during the preliminary debate was one of her strongest moments and Trump may find it harder to brazenly dismiss a woman the same way he dispatched Rand Paul and other attackers last night. (On the other hand, The Donald didn't exactly take it easy on Megyn Kelly).

Still, it's incredible that Republicans are trying to attack Trump from the Right. Trump may get tripped up if critics go after his past political statements. However, his brash declarations and the fury he inspires in his Leftist critics will make it hard to paint Donald Trump as a "RINO." He can't simultaneously be the rising fascist threat that Americans should fear and also a stooge of the Clinton campaign.

Besides, the way things are going, the Democrats might be nominating an elderly socialist from Vermont, not a Clinton.

The best thing that could happen to Donald Trump is for the Main Stream Media (even Fox News) to continue to treat his rise as some appalling act of lèse majesté against the established order. And that's exactly what happened last night.