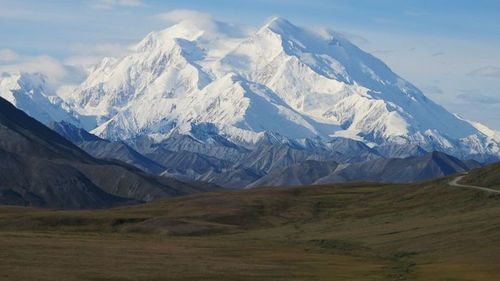 Back in 2002, I wrote about the push to refer to the Eskimos as the Inuit, even though the Yup’ik Eskimos of Alaska consider the name “Inuit” to be cultural imperialism by the Inuit Eskimos of Canada:

A prominent example of ethnic name-changing involves the preferred term for Americans of African descent: first “Negro,” then “black,” and most recently, “African-American.”

This trend spread to other groups. “Orientals” became “Asians” (even though there are hundreds of millions of people native to Asia — such as Armenians and Arabs — who are not included in the grouping for “Asians”).

The Gypsies are now to be called “Roma,” and the reindeer-herding Lapps of Northern Scandinavia are the “Saami.” Similarly, some now claim the Iroquois Indians should be called the “Haudenosaunee” and the Cherokee the “Tsalagi” (which, like so many tribal names, means “the true people”).

Most of these name-changing groups, however, lack the public relations firepower of African-Americans. When Jesse Jackson announced that he wanted “African-American” used instead of “black,” the world took notice.

When less-prominent ethnic groups try name changes, however, ignorance is at least as likely to ensue as enlightenment. Entire library shelves of books become obsolete.

Millions of people permanently lose the thread. Unlike academic specialists, they have other, more personally important things to think about than the changing names of distant ethnic groups. Thus, they never make the mental connection that the mysterious new Inuit their children are studying in school are actually those Eskimos that they liked reading about when they were the same age, or that these new-fangled Roma aren’t Romans or Romanians, but are actually the Gypsies who play that wonderful violin music.

In attempts to create a new name unburdened by old prejudices, the name game can end up dissipating the goodwill built up toward the old one. …

The fashion of renaming the Bushmen of Southwestern Africa as the “San” exemplifies many of the problems with the name game. University of Utah anthropologist Henry Harpending, who has lived with the famous tongue-clicking hunter-gatherers, said, “In the 1970s the name ‘San’ spread in Europe and America because it seemed to be politically correct, while ‘Bushmen’ sounded derogatory and sexist.”

Unfortunately, the hunter-gatherers never actually had a collective name for themselves in any of their own languages. “San” was actually the insulting word that the herding Khoi people called the Bushmen. (“Khoi” is the term used by those who were labeled “Hottentots” by the Dutch. As you can probably guess by now, “Khoi” means “the real people.”)

Harpending noted, “The problem was that in the Kalahari, ‘San’ has all the baggage that the ‘N-word’ has in America. Bushmen kids are graduating from school, reading the academic literature, and are outraged that we call them ‘San.’”

“I knew very well,” he said, “That one did not call someone a San to his face. I continued to use Bushman, and I was publicly corrected several times by the righteous. It quickly became a badge among Western academics: If you say ‘San’ and I say ‘San,’ then we signal each other that we are on the fashionable side, politically. It had nothing to do with respect. I think most politically correct talk follows these dynamics.”