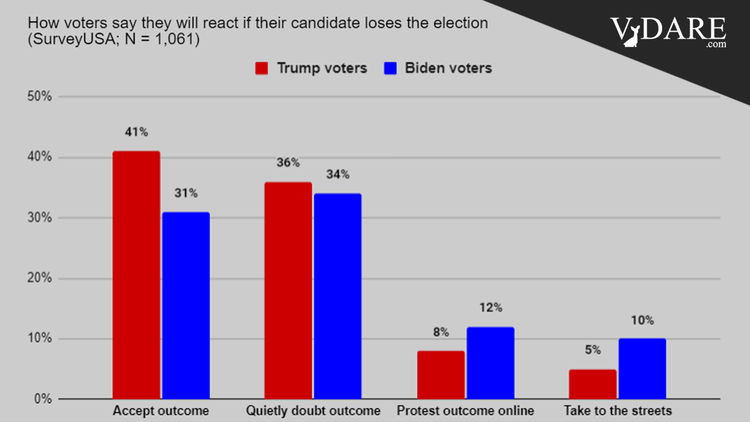 Most Voters Will Not Trust the Official 2020 Election Outcome

Democrats warn that when the election doesn’t go Trump’s way, he and his supporters are going to become #TheResistance. It’s going to be, they admonish, a repeat of 2016 when Trump refused to abide by the results of that election.

To prove how serious they are about the importance of accepting outcomes even when things don’t go your way, their 2016 candidate–who the reader will recall solemnly accepted the results of that election–has urged Joe Biden not to concede defeat on election night under any circumstances! “Not sure” responses are not shown. Majorities of both Trump and Biden supporters who plan to “take to the streets” say they will do so peacefully.