More Northam Material: Yearbook Photo Reveals Him To Be White

Ace of Spades notes Northam's college nickname:"coonman", which, I assume, relates to raccoon hunting (Northam grew up on a farm) rather than an obsolete slur:

VMI had been racially integrated for years at that this point, a racial slur would not have been allowed in the yearbook.

And Northam has been eager to accuse his fellow white politicians of being racists or white supremacists. Instapundit has a lot of these tweets 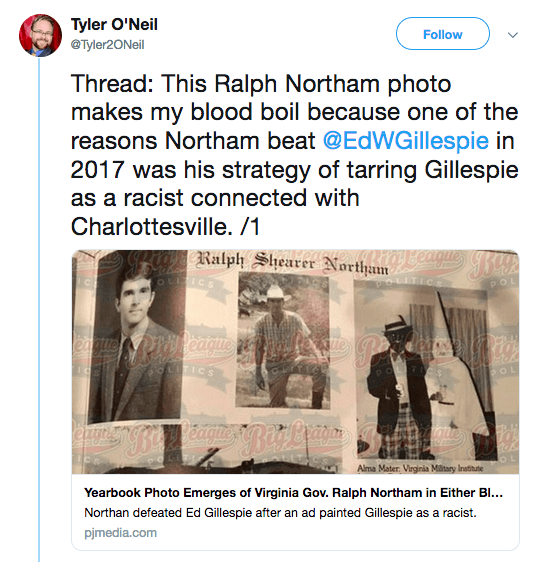 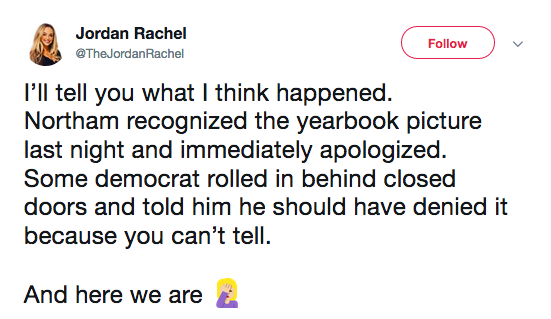 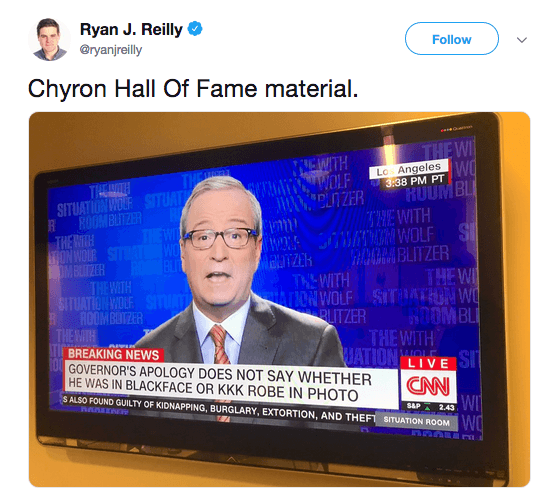 This from J. Christian Adams:

Ralph Northam declared war on white supremacists in 2018. In 1984, he may have been dressing like one.

As I noted earlier, Northam's real problem isn't that he's a secret racist, or that he was one in the past. It's that he's a white man.