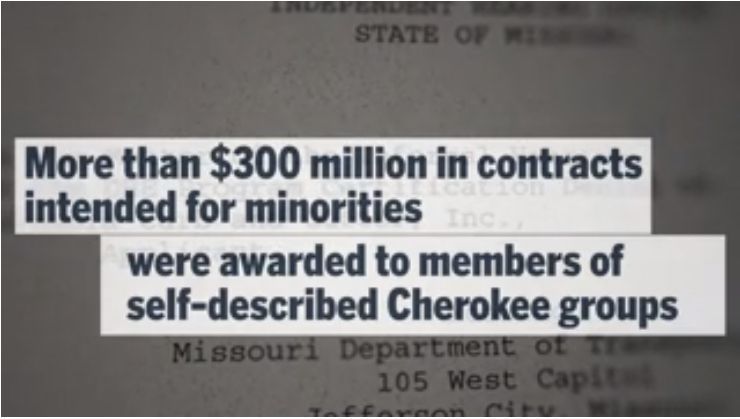 Claiming to be Cherokee, contractors with white ancestry got $300 million

Contractors with white ancestry were awarded hundreds of millions of dollars in government contracts reserved for minorities by making unsubstantiated claims to being Native American, a Times investigation found. To qualify for the minority contracting programs, they used membership in unrecognized Cherokee groups that federally recognized tribes and Native American experts consider illegitimate.

Two years ago, when the mayor’s office in St. Louis announced a $311,000 contract to tear down an old shoe factory, it made a point of identifying the demolition company as minority owned.

That was welcome news. The Missouri city was still grappling with racial tensions from the 2014 fatal police shooting of Michael Brown, a black 18-year-old, in nearby Ferguson. After angry protests, elected officials had pledged to set aside more government work for minority-owned firms.

Bill Buell, the owner of Premier Demolition Inc., has no verifiable claim to being a member of a minority group. His ancestors are identified as white in census and other government records. And his claim to being a Native American rests on his membership in a self-described Cherokee group that is not recognized as a legitimate tribe.

The case highlights a major failure in the nation’s efforts to help disadvantaged Americans by steering municipal, state and federal contracts to qualified minority-owned companies. In many instances, government agencies have not vetted those companies to protect the interests of taxpayers and legitimate minority contractors.

We must stop giving affirmative action government contracts to fake Indians and only give it to real Indians from Mumbai, the way Martin Luther King wanted.