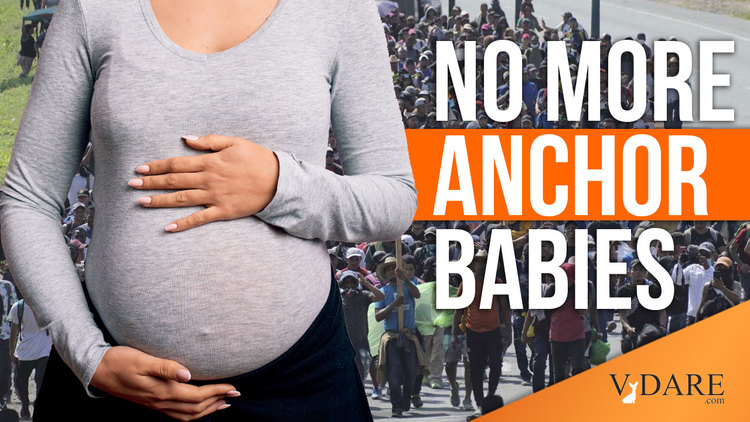 Breitbart has a story entitled Nearly 400K Anchor Babies Born in 2021, Outpacing Births in 49 States, i.e., there's only one state in the Union that produced as many children as illegals did nationwide. That state was California—which is rife with illegals.

300K Anchor Babies Born Every Year, Exceeding U.S. Births in 48 States //// And they’ll spend a lifetime without paying taxes, while you work you ass off. #VoteRedToSaveAmerica https://t.co/3D42xbChR6

I don't think the general American public realizes how devastating that number truly is. Virtually all illegal aliens know about birthright citizenship and many of them know they will be getting money from the U.S. government the moment the child is born. This will also keep them from being deported. If for some reason they are ignorant of this fact, organizations like Pueblo Sin Fronteras, Catholic Charities and Lutheran Immigration and Refugee Service will be all too happy to let them know.