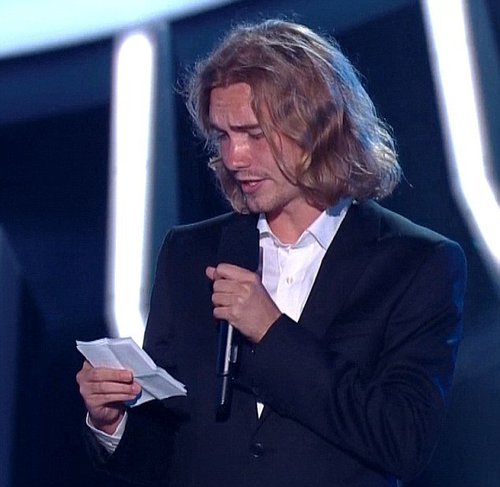 The smoldering Jesse Helt, employed by Miley Cyrus to accept her award at the VMAs and plug the plight of homeless youth in America (thus helping to de-twerk her image), surely triggered a collective snort big enough to rival the Napa earthquake.

Already, questions are being asked.  Like, how 'homeless' are you, exactly, when your mom says you can come home at any time? [‘He didn’t wanna give up and run on home to mommy’: Mother of Miley Cyrus’s homeless VMAs date claims struggling model from Oregon ‘wanted to make it on his own’, Daily Mail, August 25, 2014]

This is like the 12-year-old kid who huffs out of the house with an announcement that he's running away — to the calm reply of his parents that they will put dinner leftovers in the fridge for him.

Or the white punked-out kids with scruffy dogs who hang around in hip areas with cardboard signs claiming homelessness —which I always interpreted to be more of a trust-fund kid adventure than an actual inability to find shelter.

In other words, is self-imposed homelessness really homelessness?  Ah, no matter.  If the liberal set can persuade itself that homelessness is a hot guy with blond hair and blue eyes, it makes gushing about it all the better.

Statistically, homelessness is better represented by a 60-something schizophrenic black male who reeks of stale urine.[Facts and Figures: The Homeless PBS, June 26, 2009]

Self-defined oppression can also be found in the refugee racket, where the so-called victims can turn mere preference into unavoidable circumstances.