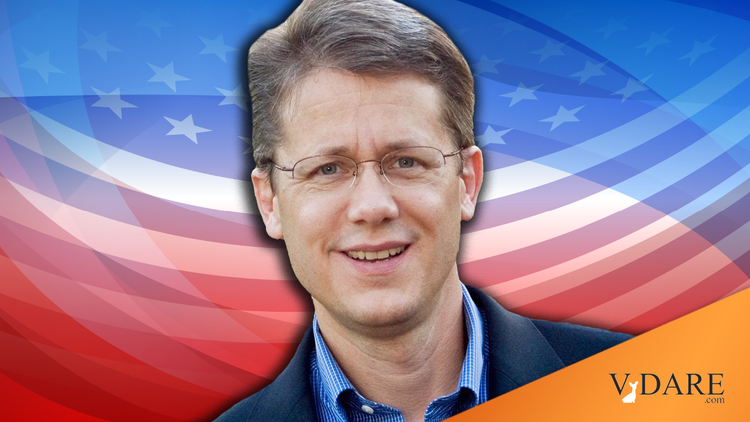 Mike Adams And The Battle For America

See also, by Michelle Malkin: Mike Adams—Doer of the Word

Years ago, I met Mike Adams. Until recently, he was a professor of criminology at the University of North Carolina – Wilmington.  Tragically, he committed suicide only days ago. He was set to receive a $500,000 settlement in return for early retirement, after a few Tweets he sent out critical of the coronavirus lockdown resulted in a digital lynch mob calling for his immediate loss of tenure and firing.

The headline from NBC was exceedingly telling for how the elite view anyone who dares go off the egalitarian plantation:

Professor who announced retirement after racist and sexist tweets died by suicide:

UNCW's Mike Adams hadn't been heard from for days, before deputies found him dead inside his bedroom.

We’ll never know what drove Dr. Adams to suicide, but he was good man and he truly loved this great nation.

That was evident when I had a chance to speak with him at that otherwise boring, milquetoast Conservatism Inc. event.

I told him how much I enjoyed his columns and his brave stand for academic freedom. We hit off immediately because I told him my favorite writings of his were about firearms, which were a mutual interest for us both.

One of Mike Adams' last published pieces I recall reading is eerily prescient, because he not only convinced me to pick up one of the firearms he mentions in the piece, but for the reasons he wrote the article:

Back in August of 2001, I made a trip to Walmart to pick up some items for the house. In those days, I always picked up one box of ammunition whenever I went to a store that sold it. I did this until both of my gun safes were completely full of guns and ammo. That day, as I was putting my ammo away, my girlfriend got a look inside one of my gun safes. Thus, she discovered for the first time that I had thousands of rounds stored away. She was appalled and asked why I owned so many guns and stored so much ammunition. I calmly told her that I wanted to be prepared when we were hit with the first large-scale terrorist attack on American soil.

Much to my disappointment, this revelation caused my girlfriend to scoff at me and accuse me of being “paranoid.”  She even told family and friends that I was crazy. But just eleven days later, 9/11 happened. She later apologized for questioning my judgment. She realized what I already knew: It could have been much worse.

Make no mistake about it, folks. Terrorists will hit America again. There is also a serious prospect of either civil war or a Soviet-style breakup of America into nation-states in my lifetime. Indeed, it is exceedingly unlikely that America as we know it will exist when our children reach our age. If you think I am crazy, quit reading this column and return to playing your video games. The rest of the column is for those of us who live and operate in the world as it is but also prepare for drastic changes in our circumstances.

As we think specifically about which three firearms are best for dealing with large-scale civil unrest, it helps to imagine hypothetical situations. Imagine, for example, that a mob of Antifa “anti-fascists” decided to converge upon your town. In other words, imagine a typical weekend in Portland. Imagine further that the mob moved into your neighborhood and that they crossed your property line. Finally, imagine they were holding Molotov cocktails.  Now entertain a question:

If you were to come walking out on your front porch to defend your home and family holding one firearm with another strapped to your shoulder and a sidearm, what would those three weapons be? [Three Essential Firearms for Civil Unrest, by Mike Adams, Townhall.com, November 8, 2019]

As I re-read this column he wrote at the tail-end of 2019, Portland has been under siege by Black Lives Matter/Antifa terrorists for the better part of 55 days. Like it or not, it is coming to blood,  as Peter Brimelow warned after Inauguration Day 2017.

There is also a serious prospect of either civil war or a Soviet-style breakup of America into nation-states in my lifetime. Indeed, it is exceedingly unlikely that America as we know it will exist when our children reach our age.

It’s no longer a question of if, but when.

If you know someone who is hurting and dealing with depression, reach out them. Contact them. Don’t let them linger along, especially during these increasingly dark times.

Dr. Adams knew something huge was on the horizon, which is evident in his piece published at Townhall on November 8, 2019. But what’s happening in America is just as much a spiritual battle as it is political/ideological.