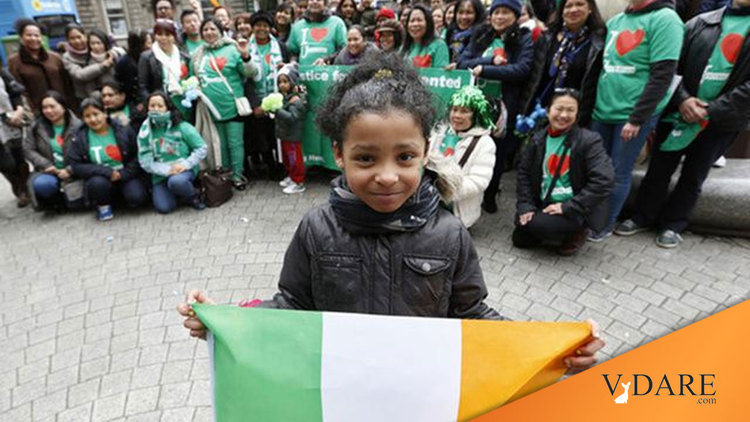 Migration In Ireland, Killarney's Townspeople Are Afraid To Walk The Streets, Can Be Jailed For Hate Speech

Over now to Ireland, the Heart of Wokeness. Two stories from Breitbart.

The town here is Killarney in Ireland’s far southwest. Until recently Killarney had a population of just over ten thousand. That has now been augmented by more than three thousand Third World moochers… I beg their pardon: ”asylum seekers.”

The townsfolk are living in fear. Get used to it, Killarneians: There are plenty more where they came from. Your government has an actual, stated open door policy with—as of February this year—a total amnesty for illegal aliens.

‘No One Wants These Laws’: Ireland to Jail ‘Hate Speech’ Offenders for Up to Five Yearshttps://t.co/4aLz5U57ga

It’s not just jail time. The Breitbart story tells us that:

Any individual convicted of such an offence would be branded a ”hate criminal,” a label which the minister says is designed to ”follow an offender in court, in [police] vetting, and so on.”

The story doesn’t tell us whether the branding there is done with an actual red-hot branding iron, but I wouldn’t be surprised.