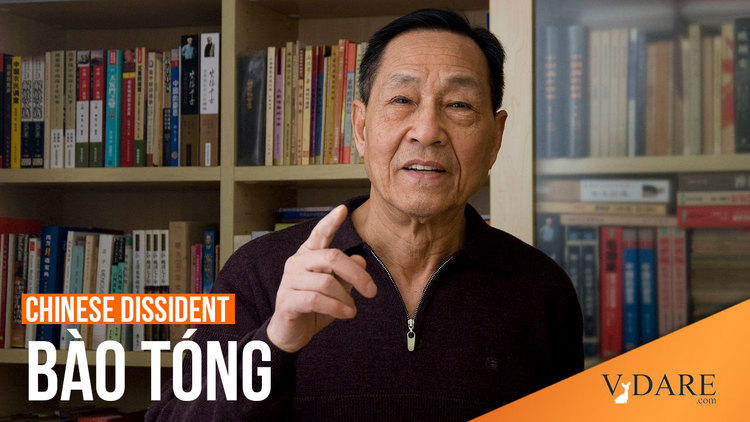 Chinese dissident Bào Tóng has died in Peking at the age of 90. He was a dissident of high rank: one of those in the ChiCom governing elite who supported the demonstrators in 1989. That got him eight years in prison for ”leaking state secrets” and ”inciting counter-revolutionary propaganda,” and Bào spent the rest of his life under house arrest.

If I start talking about Chinese dissidents I won't stop, so I shall just refer you to my January 2002 tribute to another such, Wáng Ruòwàng, The Single Talent Well Employed.

And of course, should you want to read an entire novel about the 1989 uprising, my own production Fire from the Sun is just the thing, with a full introduction also on my website under Books.