For an illegal alien, being classified as a minor is very advantageous for getting benefits and free stuff, so unlawful foreigners lying about their age is common from San Francisco to Massachusetts and Europe.

Both of the accused rapists at Maryland’s Rockville High School were students there, with ages given at 18 and 17. A photo of the older one, Henry Sanchez, was published, and he looked rather mature, so I ran the picture through Microsoft’s facial recognition software located online at How-Old.net with the following result: 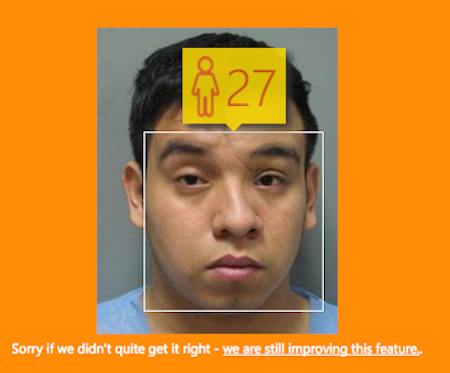 This software has been used by news websites particularly in the UK because of the extreme cases of fake youth among the illegal aliens flooding into Europe from the Middle East. 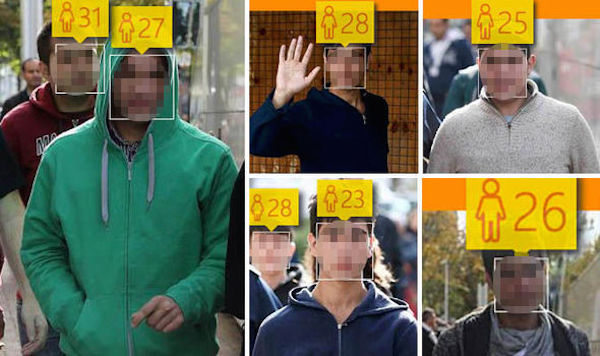 One news site, the online version of the Daily Express newspaper, gave examples of the kid imposters and noted that the software was not exact but did work pretty well among their staff:

To test out their claims Express.co.uk ran photographs of 11 of the child refugees who were snapped as they arrived in Britain yesterday through the How-Old.net calculator.

The facial recognition site, which judges people’s ages by analysing their facial features using complicated algorithms, was set up by computer boffins at Microsoft.

It was developed by experts at the computer giant to advance the use of facial recognition software in a variety of fields, including as a security feature to authorise bank transactions.

The site carries the disclaimer its findings are not always accurate, and that they are only designed to indicate how old somebody looks – not to give their actual age.

And a spokesman for Microsoft today insisted: “How-old.net was designed to be an example of how developers could build a fun app using modern development practices. It is not intended to be used as a definitive assessment of age.”

When express.co.uk ran photographs of five of our reporters through the system, who were all men aged between 28 and 34, its results were accurate to within two years in all but one instance. . .

To be clear, the software gives an age estimation based on appearance. There are other means to approximate the age of illegal aliens, who normally don’t present a birth certificate upon arrest, like dental examination and bone density testing.

No mention has been made of any physical examination of the foreigners placed in Rockville High School, so we must assume that officials just accepted the age given by the illegal aliens and enrolled them among American teenagers.

Plyler vs. Doe is the 1982 court decision that requires US schools to accept illegal alien children for education, but the decision speaks in terms of “school-age children” not adults:

JUSTICE BRENNAN delivered the opinion of the Court.

The question presented by these cases is whether, consistent with the Equal Protection Clause of the Fourteenth Amendment, Texas may deny to undocumented school-age children the free public education that it provides to children who are citizens of the United States or legally admitted aliens.

Therefore the age of the illegal alien matters, and a 27-year-old foreigner would not be covered by this ruling in my non-lawyer common-sense opinion.