The Next Cause: Murder Equality? 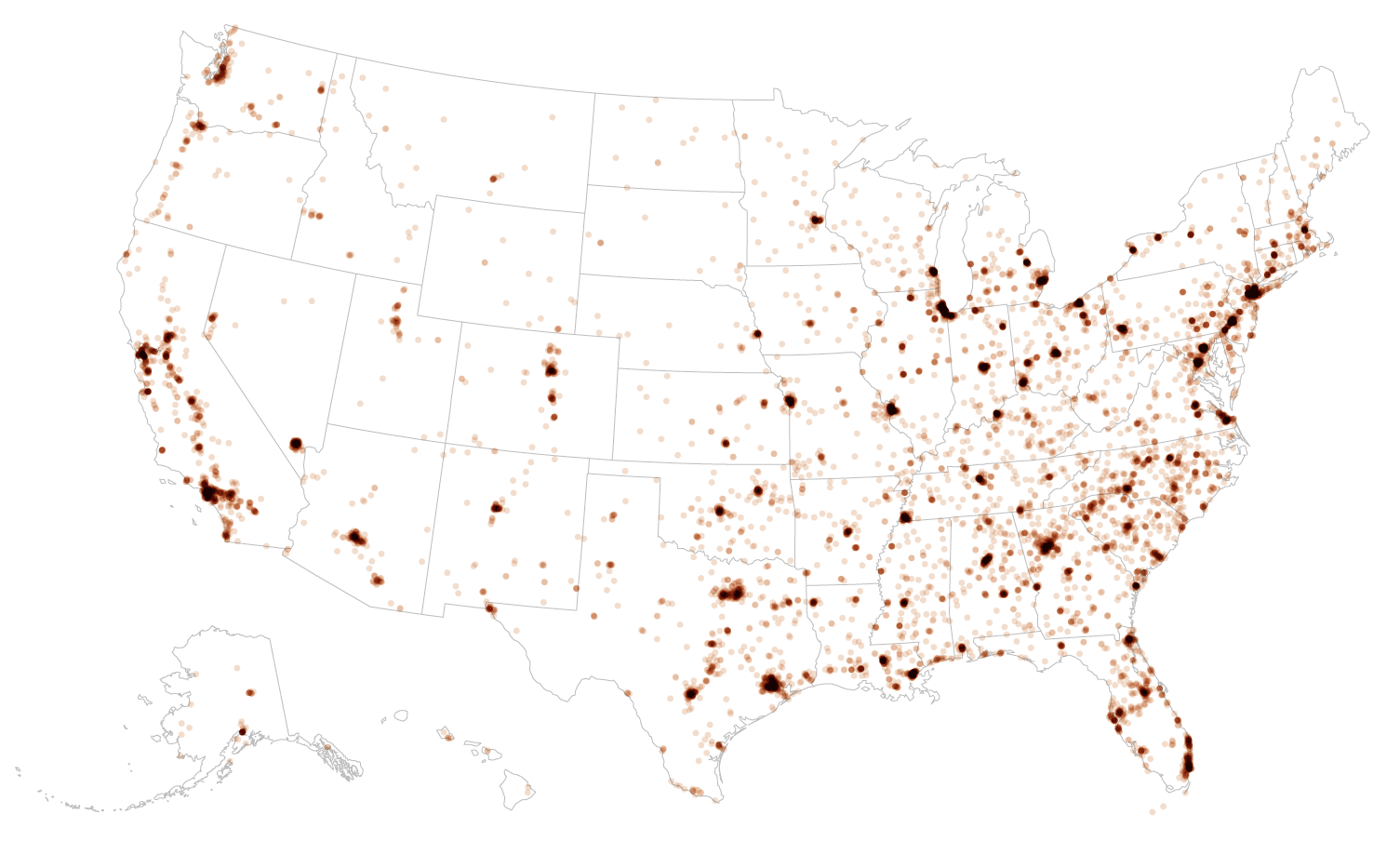 From The Guardian last January:

Like income inequality, murder inequality in America is stark

To illustrate how much St. Louis is beset by Murder Inequality, The Guardian provided these two graphics. First, a utopian St. Louis of perfect Murder Equality:

Wouldn’t that be nice?

Anyway, we don’t call it “murder” anymore because “murder” is associated in the uneducated popular mind with “murderers,” which implies agency. Instead, we now call it “gun violence.” And gun violence “falls,” like the dew, if the dew mostly fell on segregated neighborhoods.

Gun violence is a regressive tax that falls heaviest on neighborhoods already struggling with poverty, unemployment, and failing schools. The unequal burden of violence is also marked by intense racial disparities.

“It’s not about race, per se, it’s about how other conditions are racialized, are racially inequitable,” said Lauren Krivo, a Rutgers University sociologist who studies the geography of race and crime.