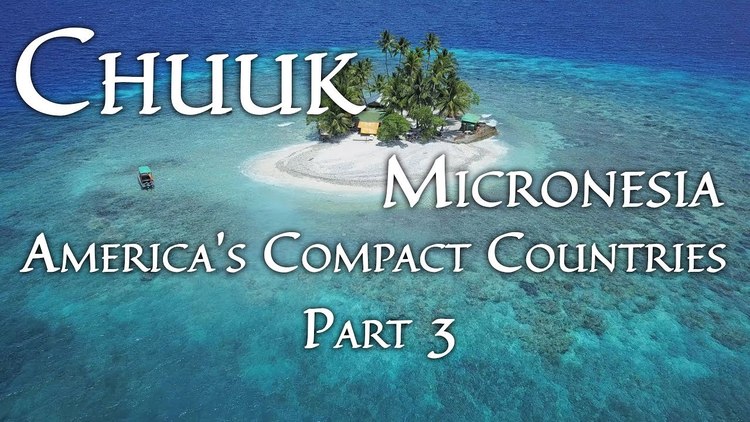 Most people have never heard of Micronesia, and don't know if it's quasi-colony, like American Samoa, or Northern Mariana Islands, so for the record, it's independent, and according to the CIA World Factbook

In 1979 the Federated States of Micronesia, a UN Trust Territory under US administration, adopted a constitution. In 1986 independence was attained under a Compact of Free Association with the US, which was amended and renewed in 2004. Present concerns include large-scale unemployment, overfishing, and overdependence on US aid.

Here's some more from that em Micronesians Abroad article I mentioned below. It gives a couple of reasons why Micronesians might come to America, and why that can be a problem. One reason, here, is that a big mushroom farmer in Miami, Oklahoma, gave a Chuukese immigrant a free plane ticket home and asked her "to recruit a couple dozen more workers."

Miami, Oklahoma, is not much more than an hour's drive from Springdale. It has a Chuukese population of about a hundred, most of them from the island of Fefan. Wilson Namelo, who works as a stockman at a warehouse in town, serves as Protestant pastor to the Chuukese and is one of the senior members of their community. He admitted that he is also drawing welfare on behalf of the four of his children who were born in the US and thus are entitled to these benefits. Without welfare, he says, he can not hope to support his wife and eight children, for he is the only one in his family with wage employment. When we asked him why he doesn't return to Chuuk, he explained that he wants a good education for his children, something that he doesn't believe they can get back home.

We found more social tension in Miami than in any of the other places we visited. Four young Chuukese are in jail, serving sentences of between five and ten years for repeated DUI, assault, and statutory rape. We heard stories of young men, drunk on beer and angry at their families, tearing up their apartments, and reports of brawls on the neighborhood basketball court-the kinds of incidents that may be regular occurrences in the islands but which don't help win the good will of folks in a small Oklahoma town. When we drove to the playground one evening, we found the hoops taken down from the backboards and a patrol car parked by the court to guard against trouble. Chuukese report that even at their funerals, when they are singing local hymns and sharing food, neighbors complain to the police about the noise and strange, voodoo-like goings on. Most of the people from Fefan, some twenty or thirty of them, work on a large mushroom plantation, one of several such plantations in the area. Julita Namelo, the sister-in-law of the pastor, is the supervisor of the field workers. Upon graduation from a local college, she applied for a job at the factory. When she was preparing to return to Chuuk for a funeral, she was presented with a free ticket by the company [!] and asked to recruit a couple dozen more workers. Now, for all practical purposes, Julita and her daughter run the place. Julita and her family are able to live in relative comfort from what they make. Julita's younger sister and her husband, both of them college graduates, are doing even better; they own their own three-bedroom house and are putting their children through school. When asked if they intend to return to Chuuk, they answer vaguely that they would like to do so sometime in the future, but not anytime soon. Their children are more definitive about the matter: they have no intention of returning to the islands to live.Micronesians Abroad By Francis X. Hezel, SJ and Eugenia Samuel Micronesian Counselor #64 (December 2006)