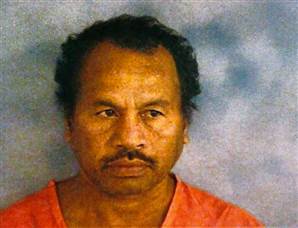 While various imperial powers colonized Micronesia in the old days, Micronesia seems to have set up a small colony in Neosho, Missouri.

One of the victims in Sunday's shooting at a Neosho church was a friend to the hundreds of Micronesian immigrants who have come to Neosho over the years.

Larry Zuniga, 42, Neosho, said he had been friends with Kernal Rehobson, a leader of this group of worshippers, for about 15 years. Zuniga said he worked with Rehobson at Wal-Mart.

Zuniga said Rehobson ran a Micronesian store out of his house in Goodman, providing food for luaus held by the Island community in Neosho to celebrate events such as first birthdays, weddings and others.

Zuniga said the community used the First Congregational Church for worship services while it searched for a permanent home.

"Kernal was responsible for the Islanders," Zuniga said. " He was like a pastor for this church. Anything that happened with anyone in the community, he was the one they always called."

So why are all these people in Missouri? I wouldn't expect them to be refugees, I don't think there's anything in Micronesia to refugee from, except possibly domestic violence,which is supposedly a big problem in Micronesia, and maybe now in Neosho. Here's a couple of points, —the chief of police said that suspect was of "Hispanic or islander" descent.

Apparently, if you refer in Neosho to a suspect of "Islander" appearance, the locals know you mean Micronesian Islander. Also, the church services were conducted in the Spanish language, presumably meaning that they've come to Missouri from some formerly Spanish part of the islands. Finally, the victim served as pastor for "the Pingelapese community." The what? I'll look it up and get back to you.