I found this in the archives of Commentary Magazine:

As his seventeenth birthday approached early this year, Michael LaSane of Berkeley Township, New Jersey, decided to give himself a present: a new Toyota Camry. Finding just the one he wanted in the parking lot of a neighborhood shopping center, he forced its owner — a forty-five-year-old teacher, wife, and mother by the name of Kathleen Weinstein — to drive with him to a nearby wooded area. On a tape-recording that Weinstein managed clandestinely to make of her abduction, she can be heard pleading for her release and trying to persuade the teenager that it was not too late to reconsider. LaSane, unmoved, can also be heard, querying Weinstein about the car's service record and lease arrangements. Minutes later, he tied her up and smothered her to death.

Such tales of cold, unprovoked brutality are common fare in news reports these days, especially in our major urban areas, and go a long way toward explaining why violent crime continues to weigh so heavily on the American mind. Unfortunately, the problem is every bit as pervasive as the sensational and widely reported misdeeds suggest. Since the mid-1980's, and notwithstanding the recent and much-ballyhooed dip in crime nationwide, young men between the ages of fourteen and twenty-four have committed murder and mayhem at an ever increasing rate, accounting for a wildly disproportionate share of the violence in our streets. What is more, this age group will expand in both relative and absolute size in the years ahead; many more Michael LaSanes appear to be on the way. [911, (Review of various anti-crime books) by Gary Rosen, in Commentary Magazine, December 1996]

Since Commentary Magazine didn't say what race Michael LaSane was, I was curious.

This is one of those cases you hear about, and are surprised that you've never heard about before for some reason. It turns out that Michael LaSane is African-American, if you're wondering. 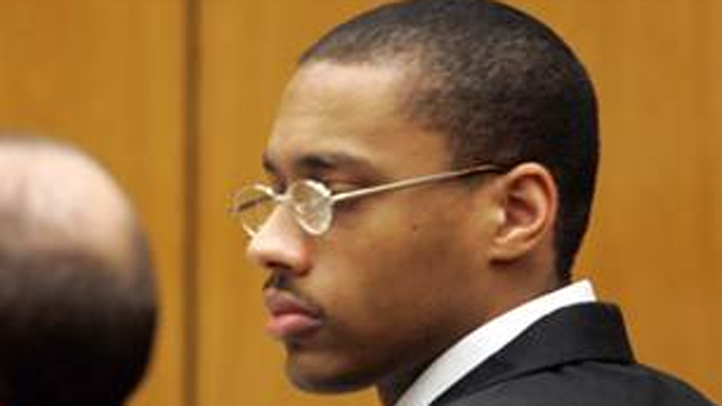 The murder victim had a pocket tape recorder, (1996 technology) and recorded her dying minutes, so of course they got a conviction, in 1997, when he pled guilty. Appeal courts interfered in 2007:.

LaSane pled guilty to felony murder in 1997 but was allowed to retract his plea in 2004 because his mother had a sexual liason with his former defense attorney. He remained in prison, however, because of the seriousness of the charges. Vera Thomas, LaSane's mother, was not present at today's sentencing, although the convicted killer told the judge he had appreciated the support of his family throughout the preceding 11 years.

And as recently as 2010, an appeal court could have released him, but didn't. They did reduce his sentence , though.

"A state appeals court today upheld the conviction of a man found guilty of carjacking a Middletown teacher who secretly recorded their conversation before she was killed, but reduced his life prison term by 15 years.

The ruling means Michael LaSane, 30, will now be eligible for parole when he is 62 instead of when he is 77.

A couple of points here: