Walid Shoebat is an interesting fellow, a man who was a PLO terrorist before he renounced the violence and became a Christian.

In the interview with SunTV’s Michael Coren, Shoebat explained that Islam is a totalitarian system that guides every aspect of life, not so much a religion, and the western left likes the wholistic control aspect,

He also noted how extreme Obama’s relatives are, that they are not merely Muslims, but are Wahhabists.

(Remember that during the 2008 campaign, the media insisted that Obama’s Kenyan granny, shown below, was a Christian, even though she was a Muslim who attended the Hajj as the guest of the Saudi King.) 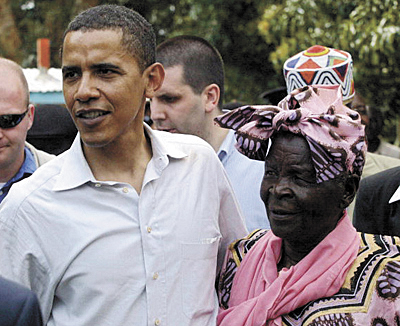