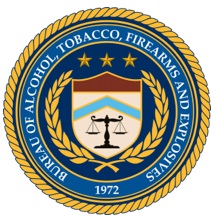 Finally, we hear some reporting in the American press about the reaction in Mexico to the shocking Gunrunner scandal, in which the Alcohol Tobacco and Firearms agency allowed thousands of firearms to be bought in US gun stores by straw buyers to be funneled to Mexican organized crime, supposedly so the guns could be ”traced” – but no ATF officers followed anything south of the border.

Naturally the Mexican government suits are upset, and who can blame them? The Mexes have way more trouble than they can handle already without the US government piling on. However the Mexicans are insisting that those responsible should be extradited and tried in Mexico, which will never happen. (Incidentally, the official complaints about his country’s sovereignty being violated would not be well received in the US, given Mexico’s systematic decades-long assault on American autonomy.)

However, one can imagine Presidente Calderon putting the bite on Obama for some extra billions in foreign aid or maybe a nice big amnesty focused on Mexicans. Not that BHO needs much pushing in that direction, given his recent directives of non-deportation for nearly everyone outside of axe murderers.

Interestingly, the credulous Mexican street believes that Washington is conspiring to control the country through arming the cartels. Or something. The Mexicans are too self-involved to understand it’s more likely that gun-control liberals wanted the Mexican drug carnage to be blamed on US Second Amendment (even though only a small percentage of confiscated weapons can be traced back to the US).

House Democrats had their own hearing about the scandal because they didn’t like Chairman Issa’s investigation and wanted to urge firearm restrictions (e.g. Dems use forum to push tighter gun laws, Houston Chronicle).

While the investigation continues into the U.S. operation that helped send thousands of guns south of the border, Mexican lawmakers say they’ll press for extradition and prosecution in Mexico of American officials who authorized and ran the operation.

”I obviously feel violated. I feel my country’s sovereignty was violated,” Mexico Sen. Rene Arce Islas told Fox News. ”They should be tried in the United States and the Mexican government should also demand that they also be tried in Mexico since the incidents took place here. There should be trials in both places.”

Arce is chairman of Mexico’s Commission for National Security, a congressional panel similar to the U.S. Senate Judiciary Committee.

His point of view is shared by many Mexican politicians, including Sen. Santiago Creel, a former Interior Minister and the likely presidential nominee next year of the National Action Party to succeed Felipe Calderone, also of PAN.

”I think we should at least try to prove that what happened in Mexico must be sanctioned by Mexican laws and under our sovereignty,” Creel told us. ”What can’t happen is that this now ends on an administrative sanction, or a resignation. No, no, no. Human lives were lost here. A decision was made to carry out an operation that brought very high risk to human lives.”

Mexico doesn’t completely understand Operation Fast and Furious, the American plan to help send assault rifles and revolvers to Mexico as a means of exposing the gun trafficking rings that operate along the border. The project lasted 18 months and allowed some 2,500 guns to be illegally sold to suspects the U.S. government knew to be front men for the cartels.

Rather than follow the guns and arrest the brokers and middle men who helped move the guns south, agents for the Bureau of Alcohol, Tobacco, Firearms and Explosives dropped back and ignored the transfer and transport of the weapons to Mexico.

Just days after watching the guns be sold to these so-called straw buyers, those who bought the weapons illegally and then sold them illegally, the weapons showed up at crime scenes and seizures in Mexico. Rather than stop the operation and tell Mexican police, U.S. officials continued to prime the pump, telling gun stores to order more weapons and sell hundreds to just a few individuals.

To Mexico, the U.S. government has blood on its hands.

”It confirms what many Mexicans already believe. That there is this conspiracy from the U.S. to sell guns to Mexico, and that conspiracy has to do with this idea that America is trying to control Mexico or protect the arms industry,” said Ana Maria Salazar, a respected Mexican political analyst and former Deputy Assistant Secretary of Defense for Drug Enforcement Policy under President Bill Clinton. Before that she worked as a policy adviser in the White House on Latin American affairs.

While it is highly doubtful the U.S. would allow its law enforcement officers to be extradited to Mexico, Salazar says Mexico could make the situation uncomfortable for the U.S. if it chooses to publicize the many people killed or injured by so-called Fast and Furious guns.

”It would be very difficult for them to get a fair trial in Mexico,” she said. ”But I think it’s very important they be prosecuted in the U.S. Not just those involved, but those who allowed it to happen. This should be followed up with a very strong prosecution here. If you are not going to be nervous in the United States, you should at least be nervous where these guns are found,” says Salazar