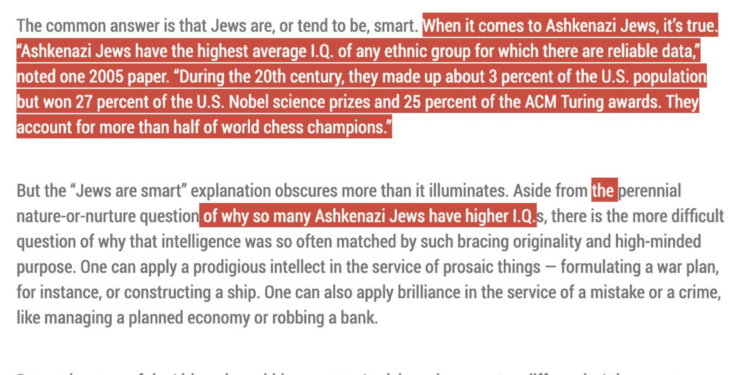 As soon as all the corrections which happened to be necessary in any particular number of The Times had been assembled and collated, that number would be reprinted, the original copy destroyed, and the corrected copy placed on the files in its stead. This process of continuous alteration was applied not only to newspapers, but to books, periodicals, pamphlets, posters, leaflets, films, sound-tracks, cartoons, photographs — to every kind of literature or documentation which might conceivably hold any political or ideological significance. Day by day and almost minute by minute the past was brought up to date. In this way every prediction made by the Party could be shown by documentary evidence to have been correct, nor was any item of news, or any expression of opinion, which conflicted with the needs of the moment, ever allowed to remain on record. All history was a palimpsest, scraped clean and reinscribed exactly as often as was necessary.

Bret Stephens’ latest column (https://t.co/6ECSD0oWe8), which argues that culture and history drive Jewish achievements, has been edited to remove a reference to a paper widely disputed as advancing a racist hypothesis. We’ve added the following editors’ note to the column. pic.twitter.com/Aj7eU3Fce2

What’s in red is what the NYT memoryholed: 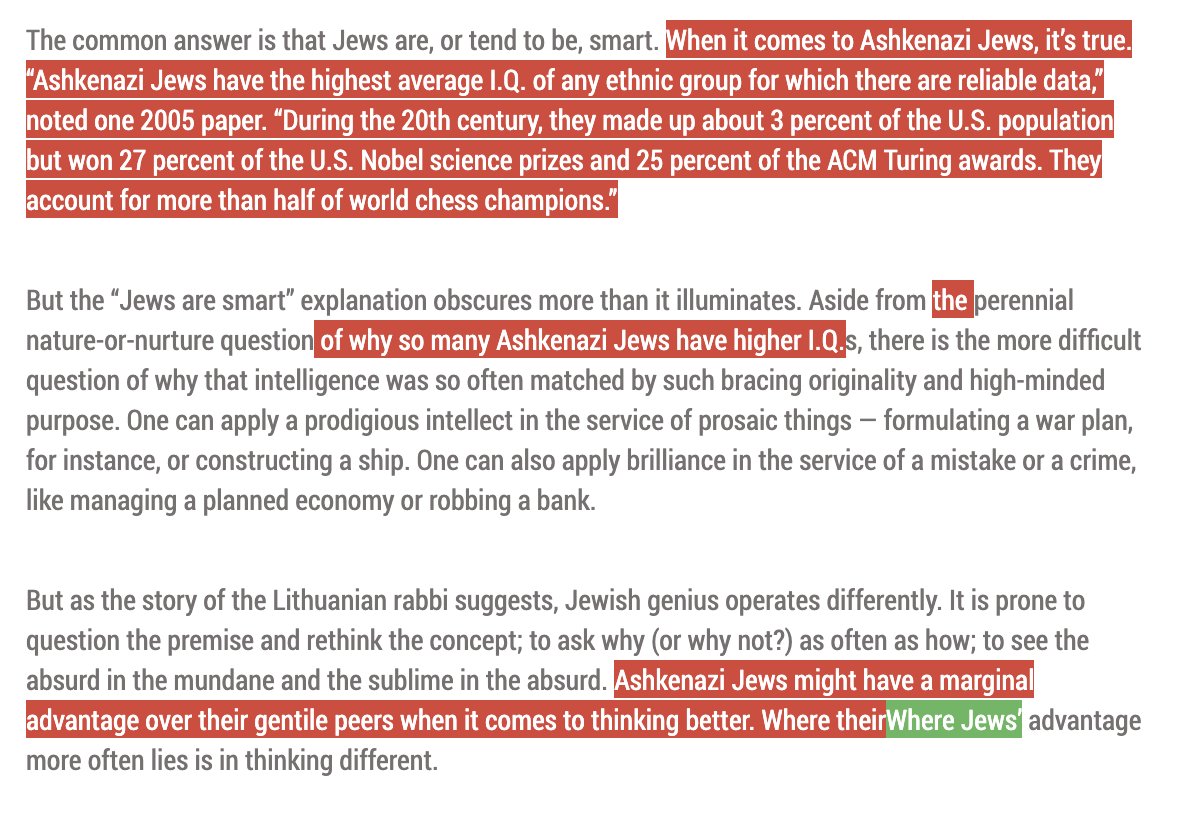 NYT decides DNA does not have double helical structure because one of the discoverers of that structure "promoted racist views". https://t.co/5ipaJqua9J

“Crimestop means the faculty of stopping short, as though by instinct, at the threshold of any dangerous thought. It includes the power of not grasping analogies, of failing to perceive logical errors, of misunderstanding the simplest arguments if they are inimical to Ingsoc, and of being bored or repelled by any train of thought which is capable of leading in a heretical direction. Crimestop, in short, means protective stupidity.” — 1984