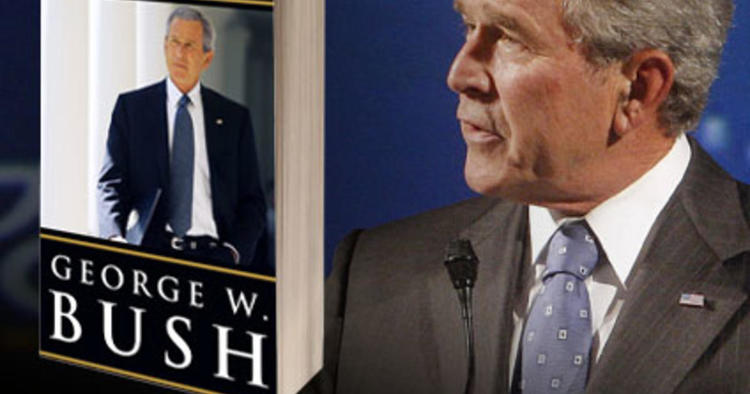 This is from James Bowman, writing in 2005

"Against such a rhetorical backdrop, I don’t know why anyone bothered to appear surprised when the "rapper" and well-known moralist Kanye West announced that "George Bush doesn’t care about black people!"

Mr West, who also believes that AIDS is a plot of the white government and power structure against black people, is not, perhaps – or not yet, anyway – to most respectable of witnesses. But that didn’t prevent the media of seeking, however gingerly, to ally themselves with him in this instance. "I don't think Kanye West can support his view that George W. Bush just doesn't care about black people," announced Jacob Weisberg ofÂ Slate. "But it’s a demonstrable matter of fact that Bush doesn't care much about black votes. And that, in the end, may amount to the same thing." That "may" sounds to me to be the product of a deservedly bad rhetorical conscience, for they are not the same thing at all. Politically, Bush would be a fool to "care" about black votes in the sense of trying to win more of them by seeking to placate the Kanye Wests of the world. Not only would he find it impossible to win the good opinion of those who are so ready to believe the worst of him, he would alienate the great majority of his own supporters who sincerely believe that the sorts of things he would have to do to win more black votes would amount to bad policy. All this is no more than to say that Bush is not a Democrat and is unlikely to become one. But only the most cynical and jaundiced of commentators could imagine that this obvious fact "amounts to" a callous disregard for the lives of American citizens on the grounds that they didn’t vote for him."

In fact, Bush cared far too much about what black people thought for his own good. From his memoir, Decision Points

"Five years later, I can barely write those words without feeling disgusted. I am deeply insulted by the suggestion that we allowed American citizens to suffer because they were black. As I told the press at the time, "The storm didn't discriminate, and neither will the recovery effort. When those Coast Guard choppers, many of whom were first on the scene, were pulling people off roofs, they didn't check the color of a person's skin."

The more I thought about it, the angrier I felt. I was raised to believe that racism was one of the greatest evils in society. I admired Dad's courage when he defied near-universal opposition from his constituents to vote for the Open Housing Bill of 1968. I was proud to have earned more black votes than any Republican governor in Texas history. I had appointed African Americans to top government positions, including the first black woman national security adviser and the first two black secretaries of state. It broke my heart to see minority children shuffled through the school system, so I had based my signature domestic policy initiative, the No Child Left Behind Act, on ending the soft bigotry of low expectations. I had launched a $15 billion program to combat HIV/AIDS in Africa. As part of the response to Katrina, my administration worked with Congress to provide historically black colleges and universities in the Gulf Coast with more than $400 million in loans to restore their campuses and renew their recruiting efforts.

I faced a lot of criticism as president. I didn't like hearing people claim I had lied about Iraq's weapons of mass destruction or cut taxes to benefit the rich. But the suggestion that I was a racist because of the response to Katrina represented an all-time low. I told Laura at the time that it was the worst moment of my presidency. I feel the same way today."

If a white Republican from Texas is going to base his self-esteem on the good opinion of blacks, including rappers, he's not going to be happy. But let's line up Bush's statements here:

If that's compassionate conservatism, you can have it.