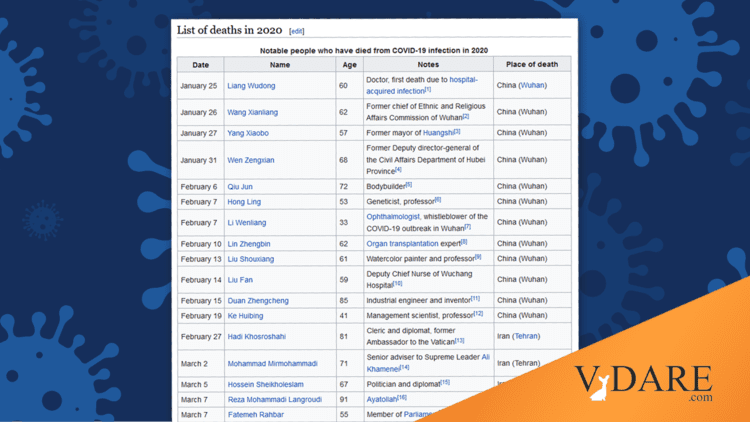 Wikipedia has a list of “notable people” who are said to have died of COVID-19, of whom 115 are listed as having died in the U.S.

Of the 113 celebrities with a listed place of death within the U.S., 44 died in New York (whether the state or the city is unclear).

Most of these celebrities are pretty obscure. I recognized nine of the 115 names. The only one I recognize as still being in the prime of his career at his death was songwriter Adam Schlesinger, 52, of Fountains of Wayne who was the main composer for the remarkable recent musical comedy sitcom Crazy Ex-Girlfriend.

So, an ailment that appeared to be especially common among celebrities in early March (the Tom Hanks Disease era) has gone way downscale, especially in lethality. My guess is that actual famous current celebrities are usually skinny and able to afford to self-isolate.