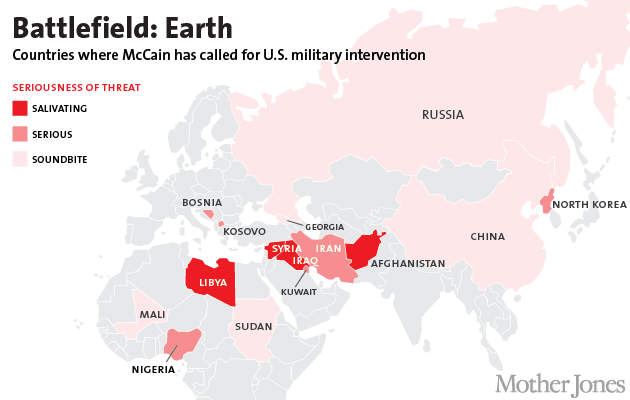 McCain Really Means It About "Invade The World"

The Mother Jones map also, as someone pointed out, leaves out Vietnam, which McCain bombed with his own hands as a young Naval aviator: 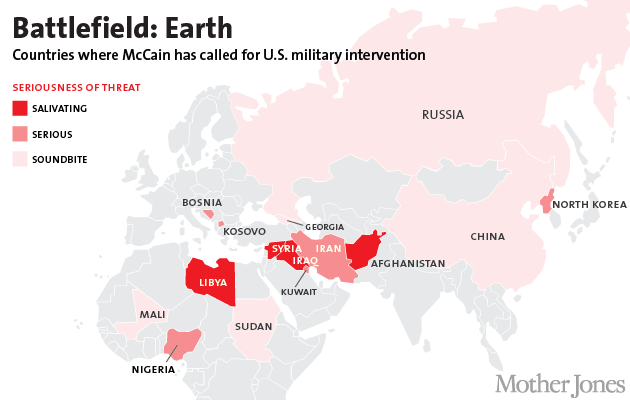 You may ask "Has John McAmnesty called for troops to protect the Mexican border?"

The answer is, yes, he has. [Senator McCain calls for troops to be deployed along Mexican border, Mercopress, March 30, 2010]

Reasons for this may include:

But if you think for one minute he called for troops on the border to protect the United States from invasion,  think again.