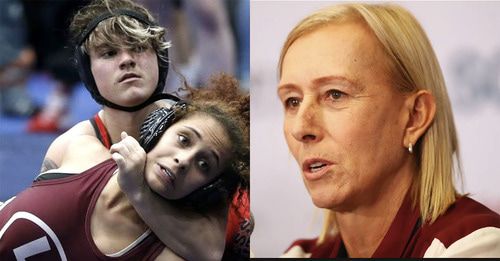 The former Wimbledon champion Martina Navratilova has been criticised for “disturbing, upsetting, and deeply transphobic” comments after she argued that allowing transgender women to compete in women’s sporting tournaments was “insane and cheating”.

The tennis player and gay rights campaigner first drew criticism from equalities activists and trans athletes when she tweeted in December: “You can’t just proclaim yourself a female and be able to compete against women. There must be some standards, and having a penis and competing as a woman would not fit that standard.”

Writing in the Sunday Times, Navratilova said she had subsequently promised to keep quiet on the subject until she had done some research on it. “Well, I’ve now done that and, if anything, my views have strengthened,” she wrote.

“To put the argument at its most basic: a man can decide to be female, take hormones if required by whatever sporting organisation is concerned, win everything in sight and perhaps earn a small fortune, and then reverse his decision and go back to making babies if he so desires.

I think she means “fathering babies.”

“It’s insane and it’s cheating. I am happy to address a transgender woman in whatever form she prefers, but I would not be happy to compete against her. It would not be fair.”

Martina is pretty formidable and really hates losing, so if she’s serious about her campaign to save women’s sports, she’s a rare celebrity who might have what it takes to stand up to the widely-feared Ex-Men Lobby.