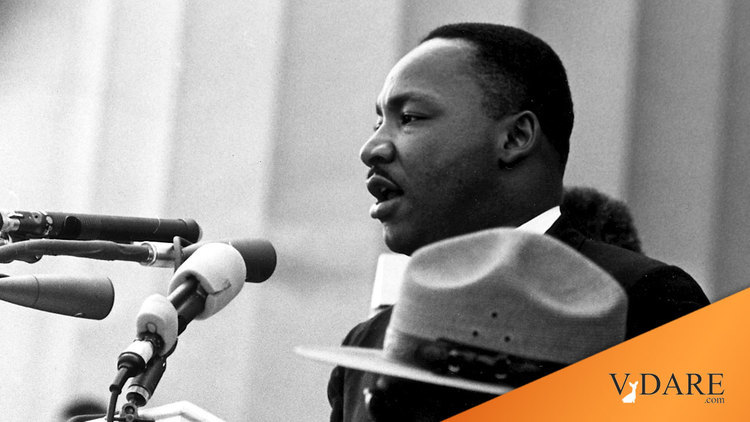 "Every schoolboy knows who imprisoned Montezuma, and who strangled Atahualpa," wrote Lord Macaulay 168 years ago.
Well, they don't anymore, if they ever did, (it was Cortez and Pizarro, respectively) but, boy, do they know a lot about Martin Luther King, Jr.

News stories about the holiday complain that integration or affirmative action hasn't gone far enough, and the Reverend Joseph Lowery complains, legitimately, that neoconservatives are using King's famous "content of their character" quote to fight against affirmative action:

Speaking at an event to mark King's birthday, Lowery said some have hijacked King's dream and used it and ensuing advancements in civil rights to, for example, try and derail affirmative action.

"I'm serious about the need to recapture the spirit of affirmative action," he said. "Affirmative action, in my mind, is not preferential treatment. It is intentional. It is being as intentional about closing the gap as we were about creating the gap."[Lowery tells Auburn audience King's achievements shouldn't be 'sanitized', By Bob Lowry, January 15, 2010]

And of course, the "gap" he's talking about is in ability—affirmative action is about giving people jobs by race whether they're qualified or not. And he's right that this is something King actually supported during his lifetime.