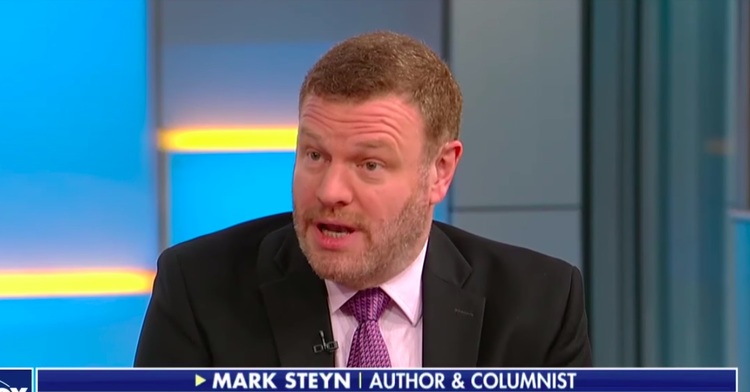 Mark Steyn Out At NATIONAL REVIEW?

In April of 2012, Peter Brimelow wrote

Rich Lowry has just announced that John Derbyshire has been fired from National Review. John joins, if I may say so, an august company.

Brimelow seems to have been right. Now, indeed, it is Mark Steyn's turn. Steyn supposedly hasn't been fired because of NR's cowardice over race and immigration, but just over NR's cowardice in general—he was reacting too bravely to a libel suit over global warming.

"As readers may have deduced from my absence at National Review Online and my termination of our joint representation, there have been a few differences between me and the rest of the team. The lesson of the last year is that you win a free-speech case not by adopting a don't-rock-the-boat, keep-mum, narrow procedural posture but by fighting it in the open, in the bracing air and cleansing sunlight of truth and justice."

Our experience at VDARE.com suggests that that's not NR's style.

Personally, I “support” Mark Steyn like I do milkshakes, Beethoven, and the Detroit Tigers. The magazine at large does too (even if some support the Yankees and other lesser entities).

As I said, I can’t believe I’m addressing this issue: Does NR support Mark Steyn? Can you make a shoe smell (as the kid says to Rodney in Caddyshack)? There are many question marks in the world, but NR and Steyn is not one of them. By the longest shot imaginable.

So, ask me a hard one next time — like maybe what to do about Iran, especially with Obama et al. holding power in Washington. I’m going back to my cookies.

I assume Nordlinger has finished off the Christmas cookies by now, but 108 comments on his post keep asking "Where's Steyn?"