I saw this, from Politico:

A Willie Horton ad is an ad that paints someone as soft on crime, when the crime was committed by a minority. In 1986, Governor Michael Dukakis let Willie Horton out on furlough when he was serving life for murder, and as a result, he committed a home invasion and rape.

The idea is that it was racist for his political enemies to mention that, because Horton was black.  (See Ann Coulter On Willie Horton, Joey Fournier—And What Life Is Really Like)

You'll notice that there's nothing about either the race of the criminal or the race of his victims, so how can this be a Willie Horton ad, especially in Alaska, where they almost don't have blacks? Well, Jerry Andrew Active, a convicted sex offender who shouldn't have been paroled even if he's not guilty in the double murder (and sexual assault on a 2-year old)  he's charged with, turns out to be an American Indian. 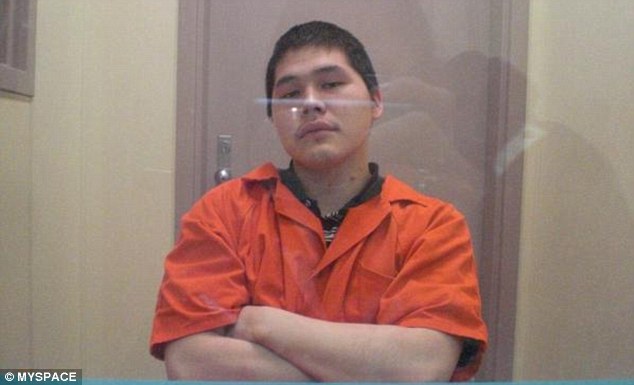 I can't find any trace of that either in Begich's ad, or Politico's story, but that's extent of the Willie Horton connection.

The idea that Sullivan is somehow responsible for Jerry Active's release has been comprehensively debunked, including by the Washington Post: Mark Begich pulls a campaign ad suggesting his opponent was indirectly responsible for a sex crime, By Philip Bump, September 2, 2014.

Begich, a white Democrat, is accusing his white Republican opponent, a prosecutor, of not putting a member of a minority group in jail for long enough.

Even if it were true, it would be the result of an error, rather than deliberate policy. I suppose it seems partisan to say so, but by and large Begich's party is the party of letting criminal members of minority groups out of jail, without worrying too much about public safety.

Sullivan's party is the party of locking criminals up, without worrying to much about whether it has a disparate impact on members of minority groups.

Discussing whether Willie Horton's figurative Ghost (he's not actually dead—63 in August, in a Maryland prison ) was haunting the GOP, I said that it should haunt the Democrats:

Dukakis let Horton and other lifers out on principle. He's a liberal. He defended the program...it's still Obama's party that is fighting–sometimes from liberal principles and sometimes from racial solidarity–what Arch Puddington called in the May 1999 Commentary The War On The War On Crime.